Instagram's New Feature Will Completely Change How You Send Memes 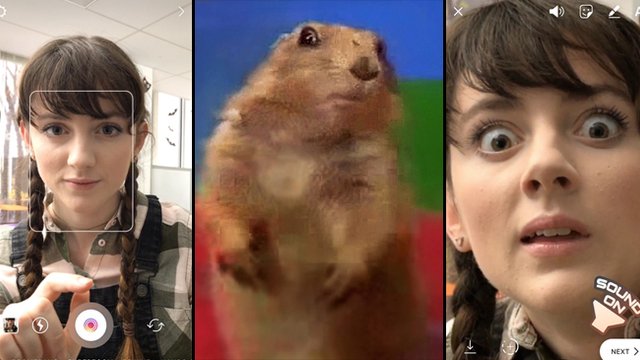 You can access it in the app right now and the possibilities are endless!

Instagram have just unveiled a brand new feature that will change your meme game in just 3 seconds!

It's called Superzoom and it lets you record 3 second video clips that will zoom in on your face, making it perfect for self-made memes and all kinds of other extra behaviour.

Zoooom in on your friends with Superzoom, an easy way to record a funny video with dramatic sound!pic.twitter.com/LVzku13qmO

We're sure there is loads of fun to be had here but, obviously, the first trick everyone is gonna try is to recreate the dramatic chipmunk face.

You can try the feature out right now in the in-app camera and send it straight to your story or via a message to a friend.

Personally, we will be using this to make as many memes around the office as possible over the next week. Can't wait to try and make a mug of tea look super dramatic.