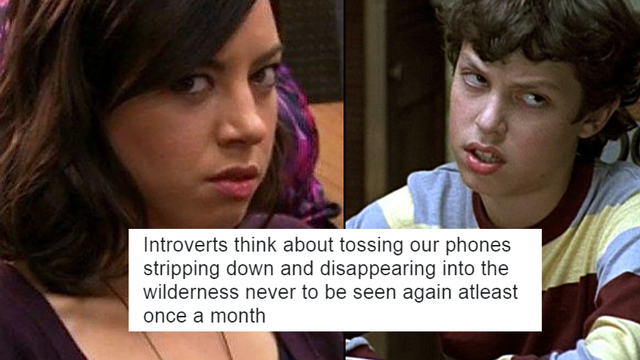 Resting up so I have strength to cancel plans later on.

Introverts, let's be honest. Being around people can be quite...exhausting. We'll do it (if we must), but we're definitely going to rush home early. If you definitely know those 'leaving the party at 9pm feels' then you'll definitely understand these memes.

3) When the ocean is preferable to small talk.

When you're an introvert flying over the Atlantic and the person next to u wants to have a polite conversation. pic.twitter.com/nuWVL8FWlg

7) Some helpful advice if anyone needs it.

me around people i don't know pic.twitter.com/2trWDG1CLn