People Can Now Record Your Snapchat Without You Even Knowing 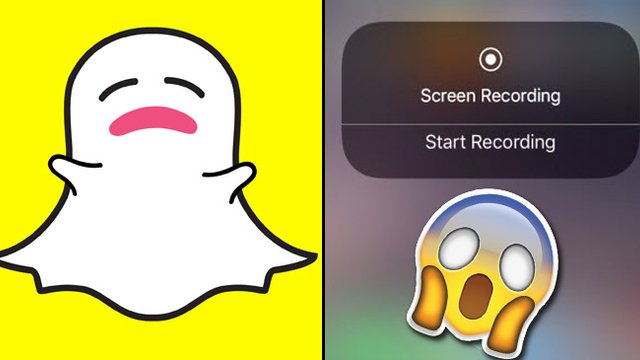 Thanks to the new iOS update, people can save your Snaps and you will never find out...

iPhone users who have downloaded the latest iOS update have discovered a rather worrying new feature, as they can record and screenshot other people's Snapchats without notifying the user. Yikes.

Digital Spy reports that iOS 11 allows you to record anything on your screen including Instagram stories, Facebook chats and Whatsapp video calls. However, this does mean that the existing notifications you get on Insta and Snapchat when someone downloads a video or photo are kind of pointless now - people can just record whatever they want!

#ios11 is literally so ugly BUT screen recording is a necessity especially for snapchat pic.twitter.com/rnDahgFThU

But don't panic just yet as Snapchat confirmed to Digital Spy that they are looking at addressing the problem in their next update which will detect if a user is attempting a screen record AND name the user behind it. They are literally going to name and shame. Savage.

However, for now, that still means anyone with the latest iPhone software can snoop away and collect all the receipts they want. So stay safe kids - there's some snakes out there! Oh, and make sure you download the new Snap update as soon as it comes out just to be sure.