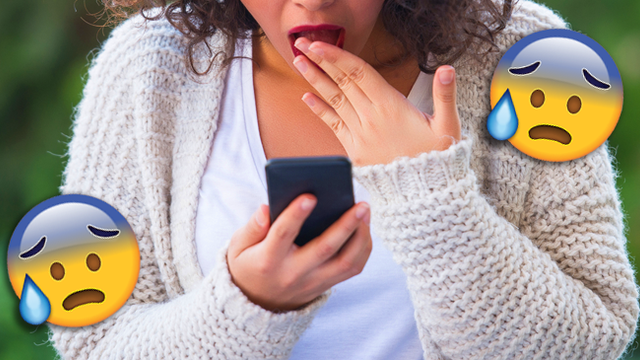 Not again! A few months ago, the internet discovered a text message that caused any iPhone to crash. Remember that? It was a video file sent by text or iMessage and if it was opened, it completely froze your iPhone.

There seems to be another one making the rounds and this time it's literally just three emojis that are causing the problem. The emojis in question? The white flag, a "0" and the new rainbow.

Once you receive the message, your phone will instantly freeze - even if you don't open the message. After five minutes, your iPhone will restart itself. It's only a temporary crash (once you reset, the phone should still be fine) but it's hella annoying if you receive it while you're half way through binge-watching something on YouTube or in the middle of typing a fire tweet.

Sadly, the only way to escape the prank is to block your mates who keeps sending it to you.

Apparently, this all happens thanks to the new Rainbow emoji. Because it's not an official emoji, the coding behind it is more complex than say, the black heart for example. Looks like the iOS operating system just can't freakin' deal with the majesty of the rainbow emoji.

The text seems to work on iPhones with iOS 10 and higher so far and will slow down an Android phone, but not cause it to crash. What a nightmare!