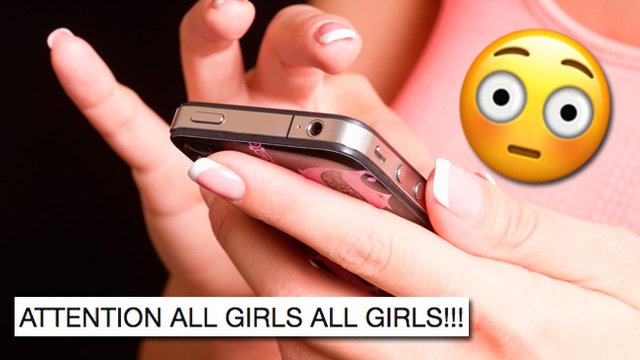 People are freaking out online after one Twitter user discovered the secret hack that opens up loads of new categories.

iPhone users were shocked this week to discover that they have loads of secret photo categories hidden on their devices - including one for nudes!

One Twitter user realised that if you type 'brassiere' into the search tab in your photos folder, it brings up any nude or underwear pics you might have in your camera roll.

ATTENTION ALL GIRLS ALL GIRLS!!! Go to your photos and type in the ‘Brassiere’ why are apple saving these and made it a folder!!?!!?

Pretty soon, everyone was trying out the trick - including Chrissy Teigen:

It's true. If u type in "brassiere" in the search of your iphotos, it has a category for every boob or cleavage pic you've ever taken. Why. pic.twitter.com/KWWmJoRneJ

Why indeed Chrissy - it doesn't make any sense!

It was pretty puzzling but it turns out this has been a feature on the iPhone since 2016, with your camera now able to recognise places and objects in your photos and sort them into seperate folders for you.

So, not only is there a secret boob folder, you might find that there are categories for all manner of crazy things on your device:

I have folder with adult cats pic.twitter.com/8GywN6d7zL

This iPhone photo search thing is strange. Please tell me everyone has an ‘Antipasti’ category #keepingitreal #downwiththekids pic.twitter.com/ajiQ3hDEcJ

some highlights of my adventures in the iphone photo category search pic.twitter.com/PVyhxskfEq

Everyone needs an Antipasti category in their life tbh.

Found any weird folders in your search bar? Let us know over in the Facebook comments.

Who is the most followed person on TikTok? Here are the Top 10

The Fairytale of New York lyrics have become a viral meme

Grammys called out for nominating Dr. Luke in spite of Kesha allegations

QUIZ: Are you more Little J or Jenny from Gossip Girl?

Baby Ariel: 13 facts about the TikTok star you need to know