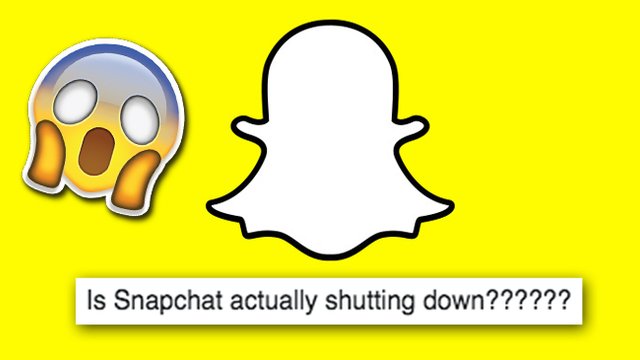 A news story has been circulating over the last few weeks that the social media site and app will close on November 14th.

Everyday calm down - despite what you may have read, Snapchat will not be shutting down next week!

Earlier this month a news article from website Channel45news.com went viral, spreading the story that Snapchat's demise was imminent, even including a statement from the company's CEO:

"The CEO Evan Spiegel of the very popular app Snapchat has released that Snapchat will be removed from all app stores by November 14, 2017. According to Fox News Media Evan has decided to make this decision due to copyright and legal issues with Facebook, Instagram, and Musical.ly. By the date November 14, 2017 all Snapchat apps with be removed from all devices and all app stores. DISCLAIMER all data and media associated with the app will also be deleted within the app."

The heavy spread of the piece on Facebook, combined with the recent Snapchat outage that left many users unable to access the app, has fueled the rumours that it is about to come crashing down:

SNAPCHAT IS SHUTTING DOWN BY NOVEMBER 14TH. SAVE YOUR MEMORIES BEFORE THEY GET DELETED! SPREAD THE WORD

Rumor says Snapchat is shutting down for good the 14th of November. I think the hell imma let this happen #savesnapchat pic.twitter.com/npeWuTNd0O

Is Snapchat actually shutting down??????

Don't worry, it's all nonsense.

Not only is Channel45news a self-proclaimed "prank news publisher" but the official support Twitter account has now also confirmed that they are remaining open.

We're not shutting down. #fakenews https://t.co/9apoTU8fXa

Your filter-based fun is safe.

So there you go Snapchat fans - you can breathe easy once again.