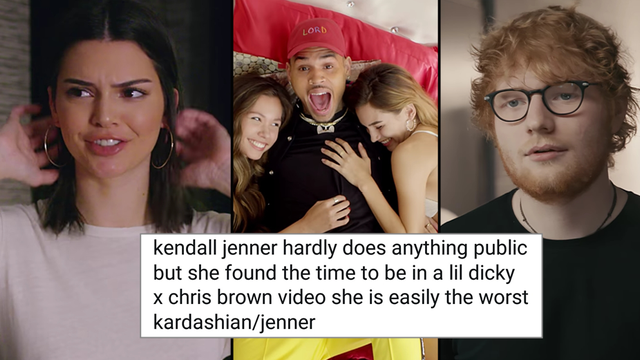 Ed Sheeran, DJ Khaled, and Kendall Jenner all appeared in Lil Dicky's latest video for a song featuring Chris Brown called "Freaky Friday". Despite the lighthearted tone of the video, the internet isn't exactly impressed with Sheeran and Jenner's cameos in a Chris Brown related project.

In the video, Lil Dicky expresses astonishment that he has "turned into" various artists--Freaky Friday (2003)  style. First, Dicky "turns into" Chris Brown before eventually occupying the bodies of DJ Khaled, Ed Sheeran, and Kendall Jenner.

"And now I'm in Ed Sheeran's body. It's way less cool than being Chris Brown was," sings Sheeran. 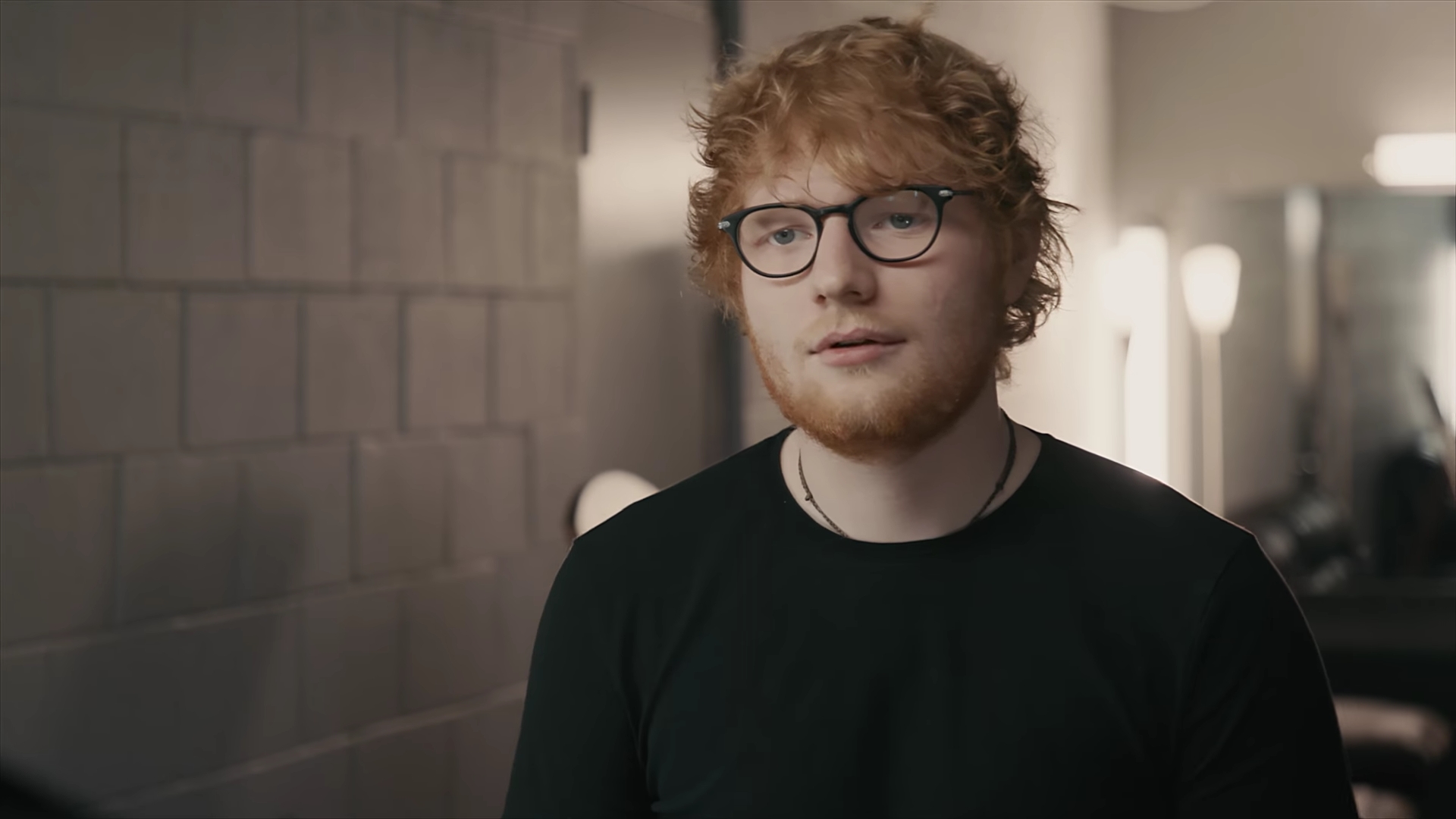 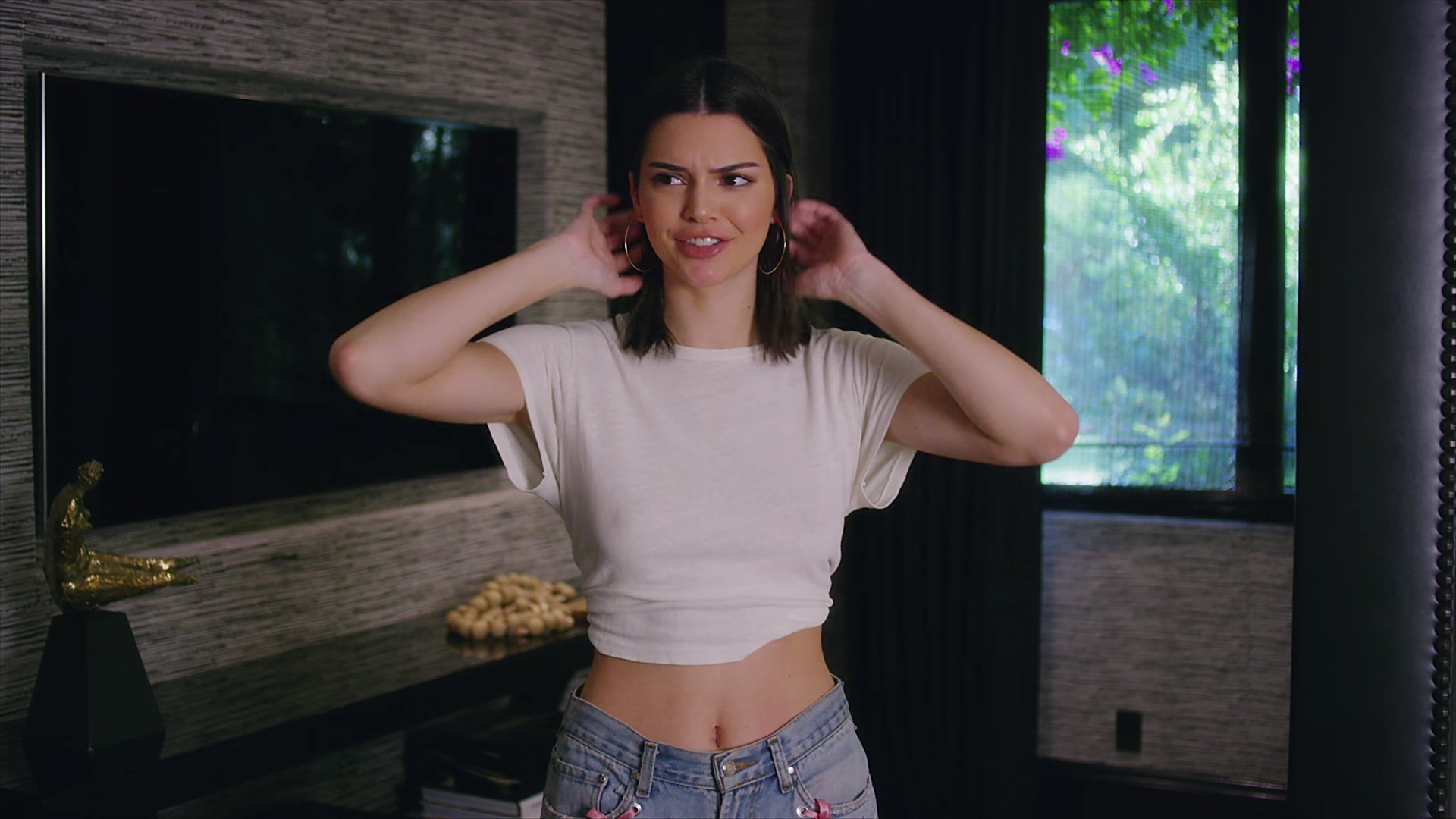 These two cameos probably wouldn't cause a stir, if not for Chris Brown's involvement in the project. Many on Twitter have criticized them for supporting the controversial singer by jumping on a video/song with him.

"I hate supporting that asshole abuser but I love supporting Ed," wrote one Twitter user. 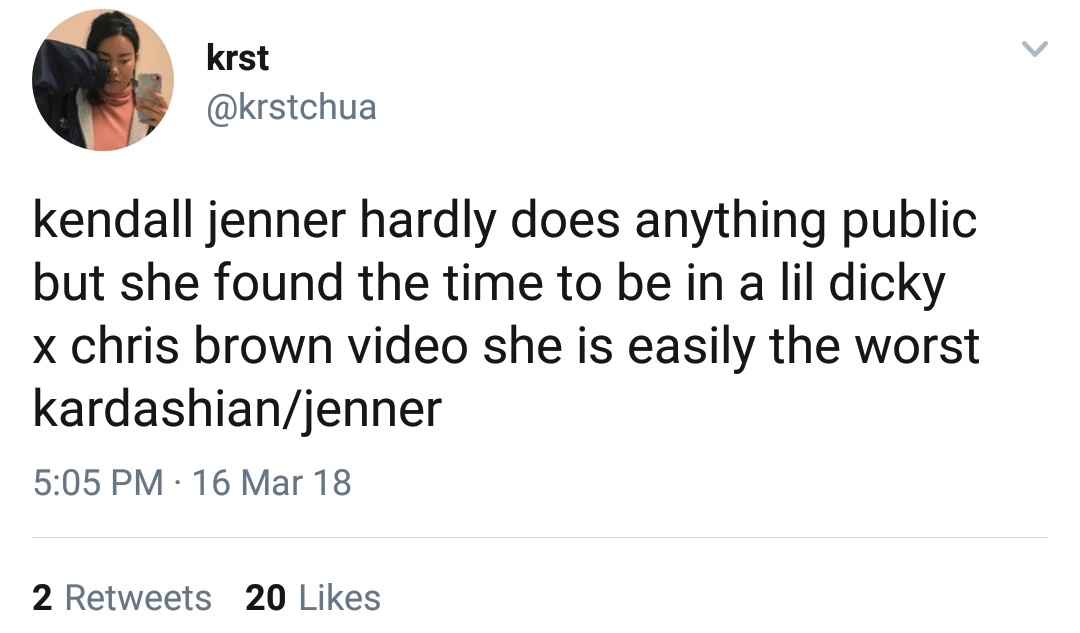 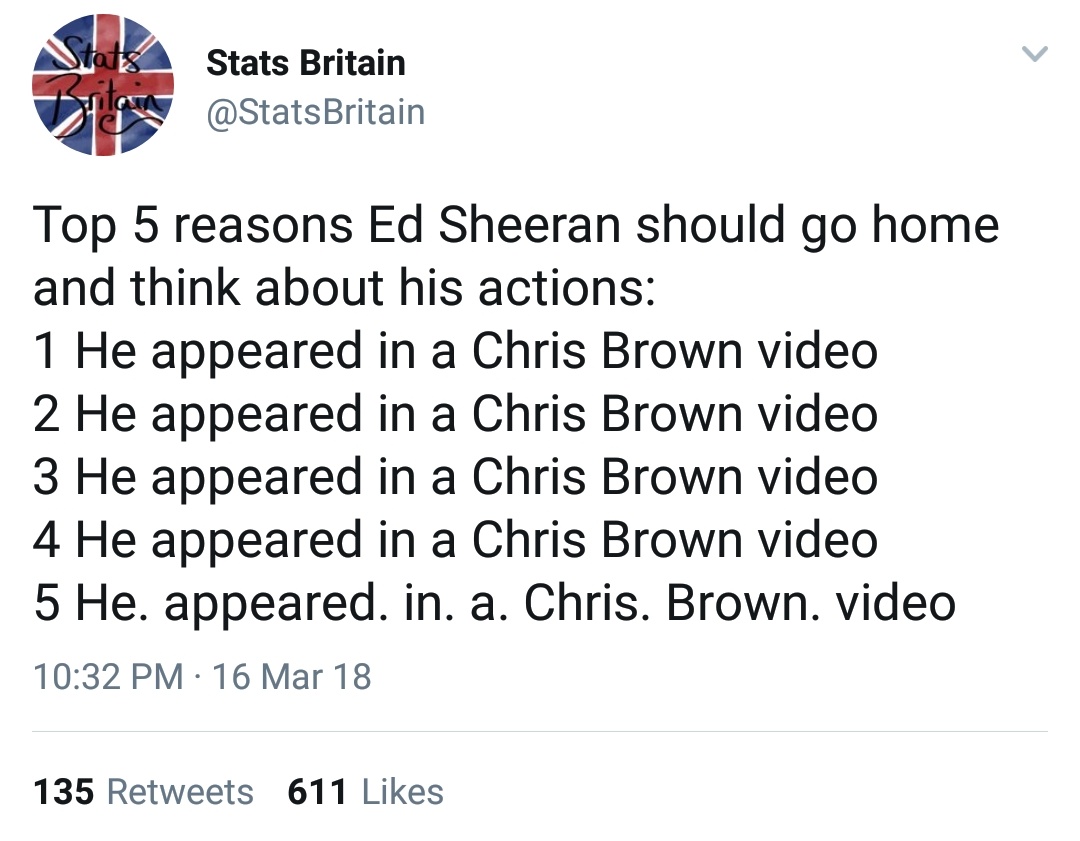 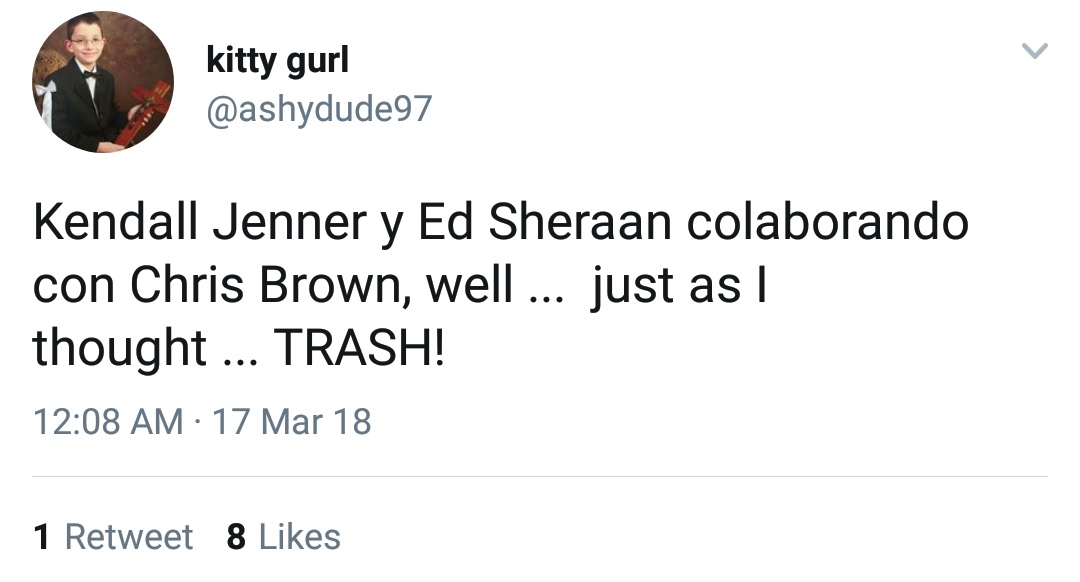 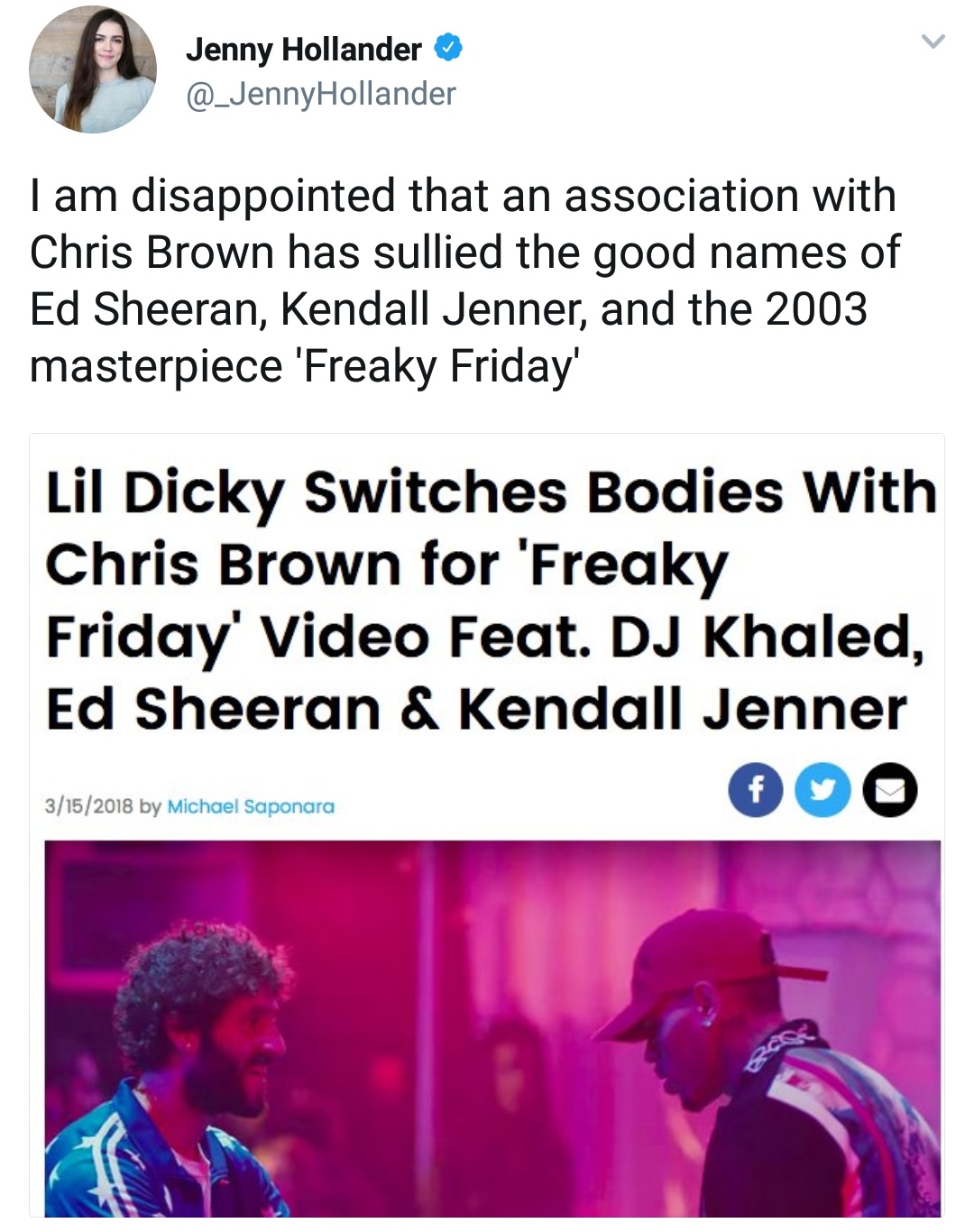 Chris Brown is, of course, a lightning rod for controversy.

Chris' 2009 arrest on domestic violence charges against, then-girlfriend, Rihanna has haunted his career for nearly a decade.

Jenner and Sheeran are both hugely successful, so it's safe to say their appearance in the video wasn't for publicity. In fact, this is a pretty lateral move on their parts.

Kendall has been friends with Chris for years while Ed Sheeran once performed "Loyal" at a live show with the controversial singer in 2015.