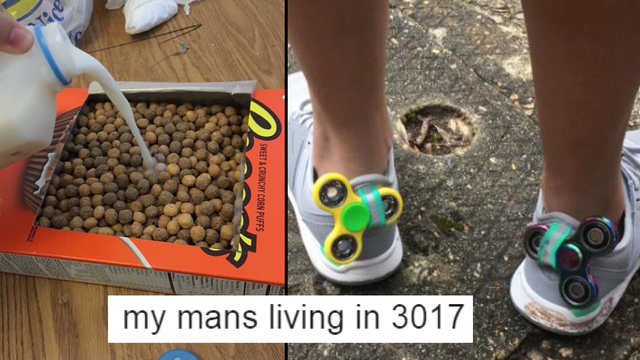 Let's establish a baseline. The year is not 3017. And yet, people on the internet have taken note of people who are living such advanced lives that it might as well be 3017 for them.

If you're not sure what I mean, then here are a few examples of people who have achieved a higher state of consciousness and are definitely living a thousand years in the future.

Police catch a pigeon with 200 ecstasy pills hidden in a little backpack pic.twitter.com/vSB9eYtd84

3) This guy who figured out we should all probably be eating noodles with scissors.

This man is living in 3017 we are all just passengers pic.twitter.com/w81XSBITvG

6) Have you ever tried...whatever is going on here?

Y'all still living in 2017?? LMAOOO just freeze yourself and don't start thawing until you're in 3017 like me pic.twitter.com/COcEDLD146

8) This person who gave his prom date a turkey leg instead of flowers.

popped up wit a turkey leg instead of flowers cause she special pic.twitter.com/dKEVweCu2K

We're living in 2017 whilst Cara is living in 3017 pic.twitter.com/DAkwZl5oTl

11) So, how do you store your fidget spinners? 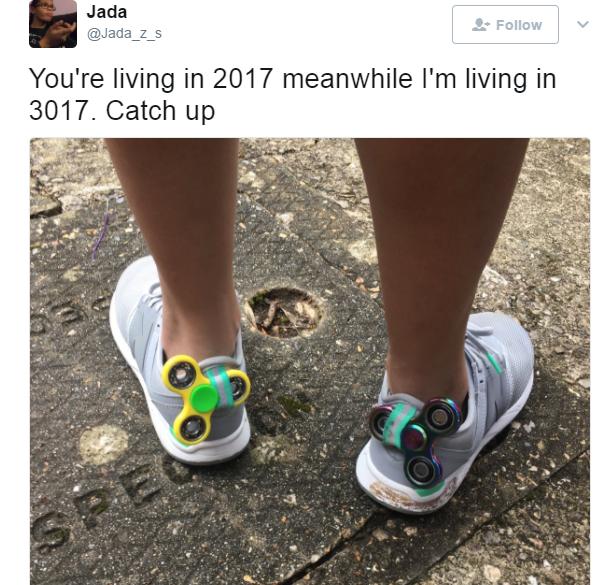 YALL last night at the club some guy handed me this and told me to text him. WE ARE IN 2017 THIS MAN IS IN 3017 pic.twitter.com/EqEvpDrVbo