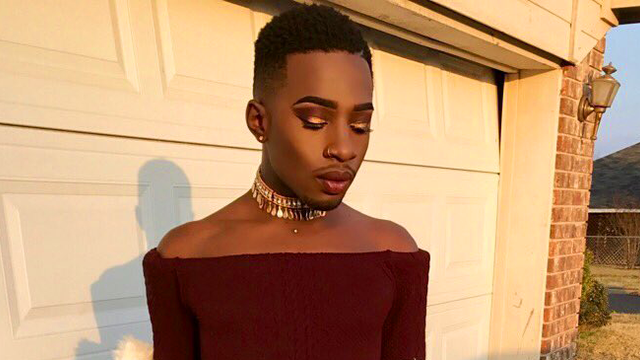 A clapback for the ages.

Nothing makes us shout "YAAAAS!" louder than a good old-fashioned priceless Twitter clapback. And that's exactly what we did when we saw Trayvon Dickerson's efforts in our timeline a few days ago.

Trayvon (@trayonce, which is literally the best @ handle we've ever seen) took part in the recent twitter hashtag #BlackGaySlay, which saw people from across the world sharing their fire selfies, showcasing their insane MUA skills and just generally being fierce AF.

His own selfies blew up, scoring over 11k RTs and almost 35k likes.

#blackgayslay I didn't get the invite but I'm here for this pic.twitter.com/qh6v9U9D8c

Soon after the pictures went viral, someone decided to troll him by pairing one of his snaps with a caption that often frequents LGBTQ+ bashing on Twitter, "Ya son come home from college like this, crying asking you to accept him. what you doing?" 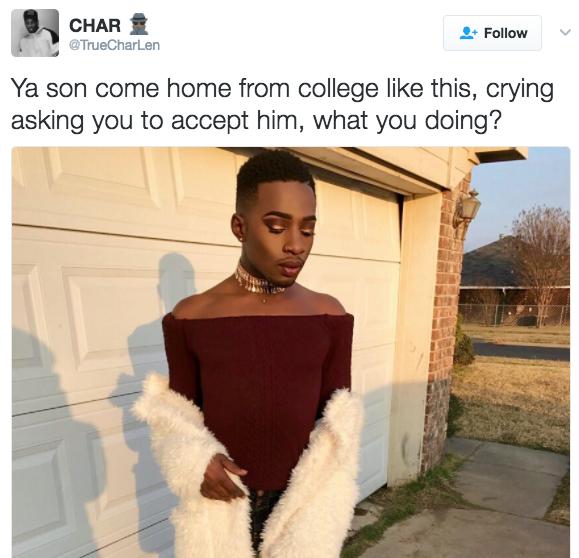 Without missing a beat, Trayvon caught the tweet and quoted it with a clapback for the ages.

His response has now garnered 40k RTs and well over 100k likes - and it's still circulating. People are shook.

As for the rest of Twitter, their responses to the troll's original tweet were more than inspiring.

@TrueCharLen well first he wouldn't be crying asking me to accept him, cause i would've accepted him from the get-go.

@TrueCharLen I'm "accepting" him because everyone deserves love. Even douchebags like you lol

@TrueCharLen ask him to do my makeup bc damn

@TrueCharLen shit if my son comes home like this! IMMA SUPPORT THE FUCK OUT HIM!! My son gonna be the baddest !!

Needless to say, his mentions are blowing up.

my mentions are in shambles  pic.twitter.com/kzJ6m3rsvN

Carry on Trayvon, carry on.