The Memes About Mark Zuckerberg's Congressional Hearing Are Truly Savage 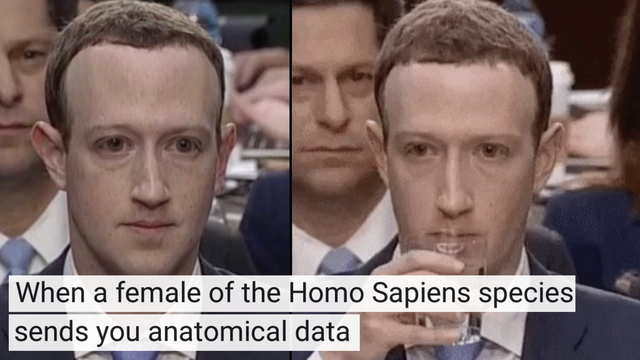 The internet thinks Mark Zuckerberg is a robot and now we can't unsee it.

Mark Zuckerberg has been the subject of intense US Congressional hearings following a data breach scandal that has plagued Facebook for weeks. 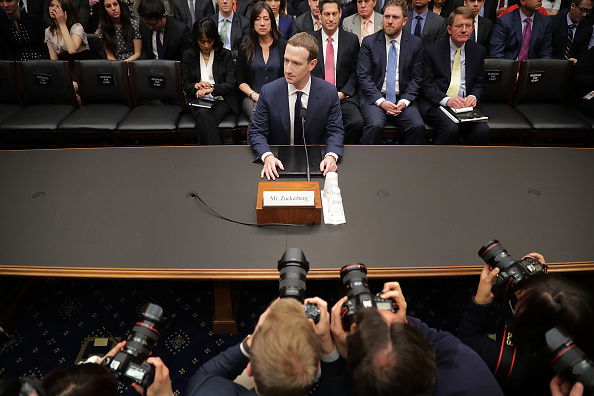 Zuckerberg has had to sit for long and arduous sessions where members of Congress directly questioned him about Facebook's current policies, as well as potential regulations to address fresh concerns about the site's influence.

While this is actually a very serious matter, you know it wouldn't be an internet event if the memes didn't arrive hot and ready for your consumption.

Yes, we too admire the internet's ability to turn a CONGRESSIONAL HEARING into a full-blown meme festival.

Many people thought there was something a little...robotic about the Facebook CEO.

When you’re waiting for Mark Zuckerberg to reboot pic.twitter.com/7NTOm9xyig

There is a 100% chance Mark #Zuckerberg is a robot pic.twitter.com/KkXiInctXh

When a female of the Homo Sapiens species sends you anatomical data #Zuckerberg #Reptilians pic.twitter.com/VxKH4fUOeV

And it didn't escape the internet's notice that the whole thing was basically grandparents asking for tech advice.

Mark Zuckerberg finally experiences what Facebook users have endured for years; being asked repeatedly about how it works by old people.

Almost feel bad for Zuckerberg. There’s no way he left that room full of old people without having to set up their wifi.

make zuckerberg testify in front of high school students on reddit. they will ask the right questions.

“Mr. Zuckerberg, a magazine i recently opened came with a floppy disk offering me 30 free hours of something called America On-Line. Is that the same as Facebook?” pic.twitter.com/U7pqpUhEhQ

It was only a matter of time, really.

watching the zuckerberg livestream while listening to the social network soundtrack pic.twitter.com/nzXXzPgujv

And, of course, people wondered what the Winklevoss twins were thinking right about now.

and now we cut to a live look at the Winklevoss twins pic.twitter.com/2jRrso5zZE

That face when you just wanted a faster way to rank girls by looks and ended up installing a fascist government in the most powerful country on earth pic.twitter.com/VEaQjz9Z6s

me when I realize my actions have a consequence pic.twitter.com/kNx4rL2uGl

Imagine getting dunked on by a picture service.

The Congressional hearings into Facebook have yielded some...interesting revelations. Most notably, the internet realised en mass that Mark Zuckerberg is meme-able AF.