OMG, Apple Just Changed All Their Emojis And Everyone Hates Them 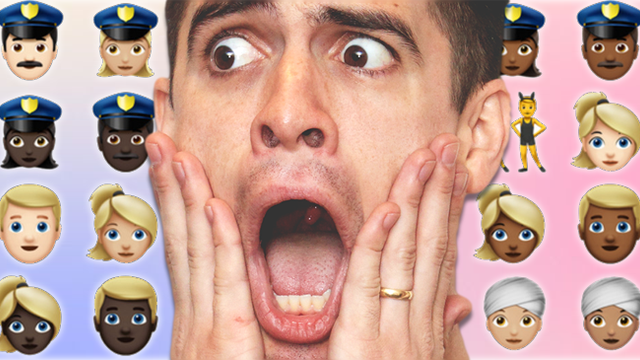 Apple are really on roll at upsetting everyone on Twitter at the moment with their new products, aren't they?! We've been in mourning ever since they announced that the iPhone 7 was losing the precious headphone jack but now we've got even more reason to cry ourselves to sleep thanks to the iOS10 update.

A few months ago, we dropped the bombshell that 72 new emojis were on the way, along with gender equal emojis and the removal of the gun emoji. But something happened in the update that we weren't expecting and it is quite frankly, something that we didn't want at all... they've gone and changed ALL the emojis.

Unicode and Apple thought they'd give their iconic emojis a little facelift but it's backfired and everyone hates it.

Everyone that has downloaded #iOS10 pic.twitter.com/YaaY87BuJe

Everyone thinks the emojis have been "downgraded" to Android level.

the emojis have downgraded to an android level I'm disgusted #IOS10 pic.twitter.com/SY20NvbqpJ

But still... it could be worse. You could *actually* have the Android emojis. (No offence to Android users *shady emoji*)

It could be worse... #iOS10 pic.twitter.com/KhPyajqceW

People aren't adjusting to the Water Gun emoji as well as we had all anticipated.

how am I suppose to use this emoji to show how stressed I am???? no one is going to take me seriously??? #iOS10 pic.twitter.com/nBIWiEtVtG

before vs after contour #iOS10 pic.twitter.com/L2kEWGJZdb

you vs. the guy she told you not to worry about #iOS10 pic.twitter.com/JQEFv9HuoS

But hey, at least the boys get a chance to be sassy AF now!

Boys can be sassy too. #iOS10 pic.twitter.com/8WbWMGfwpK

It's not just the emojis everyone is kicking off about either. Apple have got rid of the 'Slide To Unlock' function.

And they've changed the interface of the Music app just when we'd finally got used to it.

How can you do this to us, Apple? How?