72 brand spanking new emojis are coming to a smart phone near you.

If you've been following all the Kimoji news as of late then you'll know all about Kim Kardashian's recent additions to her emoji empire. But did you know that there might actually be some worthwhile (lololol no shade) emojis coming to your smart phones THIS MONTH?!

Yep. The glorious iMessage overlords UnicodeConsortium released a list back in February of emojis proposed by the public that will be added to the existing collection and they're due to hit our smart phones sometime within the next 4 weeks. 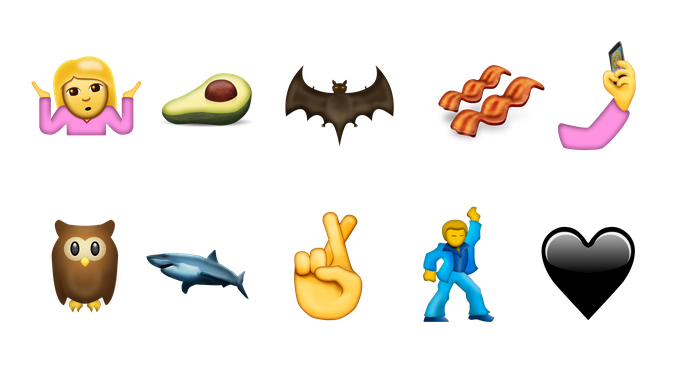 The new emojis include *clears throat* an avocado, a cowboy, a dancing man that looks like Disco Stu from The Simpsons, a fist bump, a black heart (HELLO 5SOSFam!), a shark, some bacon and an arm taking a selfie. So if you weren't quite sure if we'd finally reached peak 2016 yet... it's official, we truly have. You can see the entire list here.

And if you're just about to start beefing about the lack of female emojis in this set, then don't panic! The campaign and subsequent public interest will be addressed in the next batch of emojis that are scheduled to be arrive some time in 2017.

So yay - NEW EMOJIS EVERYONE!!!!! But more specifically, new emojis with ~secret sexual meanings~ for everyone - did you see the pickle emoji? RIP Eggplant. But we've got just one question remaining... WHERE ARE THE DAMN GINGER HAIR EMOJIS THO?! :rage: 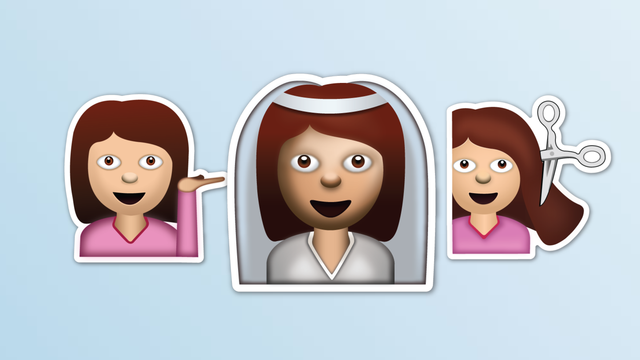