Snapchat’s Terrible New Feature Is A Crime Against Humanity 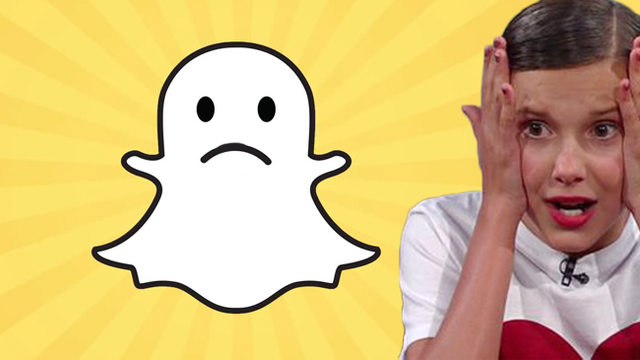 You're going to hate it.

Snapchat have just blessed us a MASSIVE new update but sadly, it is without a doubt the worst update they have ever made. In fact, it's probably just destroyed the ONE thing that made the platform unique, original and fun.

Gone are the days of posting a stupid selfies with 10 second time limits before they self-destruct because Snapchat has just introduced a feature that means you will be able to add a Snap to your story that lasts for an INFINITE amount of time.

Yeah mate, Snaps will technically no longer expire. And that is a crime punishable by life imprisonment.

In a statement on their website, Snapchat explained the update: "We’ve all felt the frustration of not being able to fully enjoy a Snap – even after replaying it – and we wanted to give you the option of allowing the recipient to enjoy your Snap as long as they’d like."

Mmmm no sweetie, if my friend did not manage to catch my triple chin within the 5 seconds I provided then tough sh*t. The snap is gone. No screenshots for you. But now, if you send a snap on limitless, your friend can view it for an unlimited amount of time until they click off it. Then, and only then, it will delete.

It's literally defeating the entire point of what we use Snapchat for. Yes, the option to upload your snaps as 3 second or 10 second clips is still available but there shouldn't even BE an option to have limitless snaps on Snapchat - THAT'S THE POINT OF SNAPCHAT.

And you know what else is terrible? They've removed that little timer in the right hand corner of a snap so you're not even going to know how long the snap you're watching is going to last. It could be the standard 10 seconds or you could be sat there for 3 minutes staring at the same selfie.

I hate the snapchat update. It doesn't have that circle timer at the top anymore so I wont know how long more I have to keep skipping