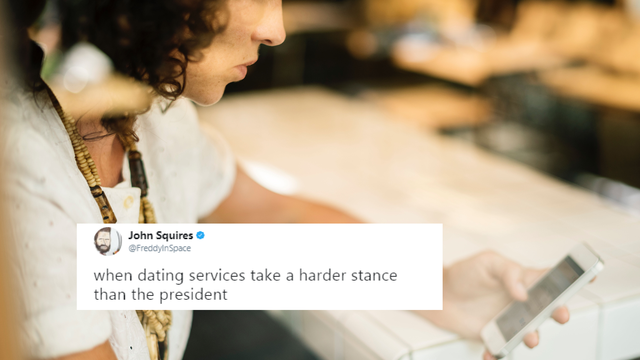 The tragic events of Charlottesville, Virginia have empowered more than a few tech companies to take a strong stance against white supremacists.

Google and GoDaddy have refused to host popular white supremacist blog, Daily Stormer; Spotify has started taking down white power "hate bands"; and OKCupid have banned a known white nationalist from its service.

OKCupid, a popular dating service, tweeted that they had been alerted to the presence of a semi-prominent white supremacist on their platform.

We were alerted that white supremacist Chris Cantwell was on OkCupid. Within 10 minutes we banned him for life.

There is no room for hate in a place where you're looking for love.

OKCupid "banned him for life", saying that there was no place for hate when you're looking to find love.

The dating service urged anyone aware of white supremacists on the site to report the offending accounts. After receiving some light push back on their announcement, OKCupid expanded on their decision, saying that the people associated with this ideology may not have the best on-site behaviour.

Thank you for reply. Folks with said beliefs also may not have the best on-site behavior, and this was a factor in our decision.

The correlation between misogyny and racism is well documented, especially in these frightening times. While dating apps open up opportunities for people looking for love to find a match, no woman deserves to be matched with someone who espouses toxic ideas about race and, often, sex.

Many people applauded the swift and decisive decision.

Tinder has also released a strong statement about bigotry on the platform.

Racism and hate are not welcome on Tinder. Choose love, respect, and inclusion. #Charlottesville pic.twitter.com/RDi0FmPeMq