10 Tweets That Will Save You From Actually Watching The Oscars 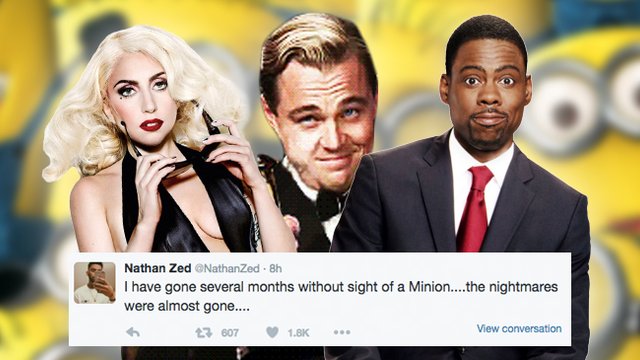 Last night's Oscars made for a truly unforgettable night, but let's be honest: nobody outside the PST time zone stayed up to watch,, right? So if you, like us, want to look like you're cool and down with pop culture without actually having to watch the damn thing, we got u fam.

1)Chris Rock's opening speech was fire. As in, it was actually burning and uncomfortable. Slé.

How I'm feeling after that killer @chrisrock monologue. #Oscars pic.twitter.com/FUPqyQZ0U7

2) Just when you thought you were safe...

I have gone several months without sight of a Minion....the nightmares were almost gone....

Okay, this Lady Gaga performance is *commanding*... Goddess, this is good.

4)That's it. We can now resume our regularly scheduled Leo programming.

Younger generations will never understand the plight of ours. If you weren't alive before Leo won, you don't know what we went through.

he waited 22 years to finally have this speech and he dedicated it to mother earth. the world doesn't deserve leo. https://t.co/9wzhancT6V

5) That Kate Winslet handing Leo the Oscar... brace yourselves for the memes.

OH GOD. I WASN'T PREPARED FOR THIS.#Oscars KATE AND LEO MY PARENTS. pic.twitter.com/Qb0rAaYRFd

But back to the purpose of the ceremony.

LEO FINALLY WON AN OSCAR WHAT A TIME TO BE ALIVE

So in conclusion: has Leo won an Oscar? 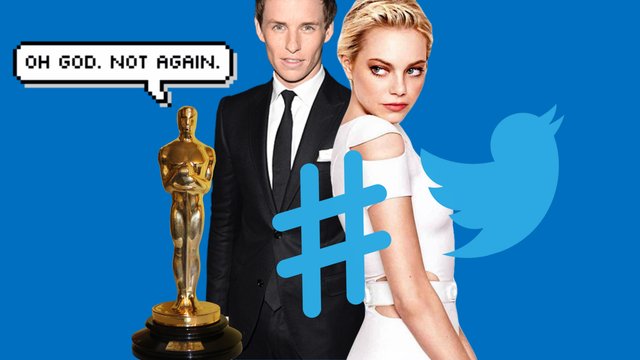