I thought all the Pokémon died out with the dinosaurs?

For the past week, fully grown humans have been chasing fictional creatures in pursuit of I Don't Know What on a game called Pokémon GO. Quite frankly, it's madness.

Though millions are playing the game, there is a large, but silent, majority that have not. In that group, profound questions are being asked: have people gone mad? Is this the end of the world as we know it? What the f*ck is a Pokémon gym?

So we are less alone, this post is in honour of all those that don't have a clue what's going on. Stay strong, comrades, it will all be over soon.

1. Literally, what the eff is happening? 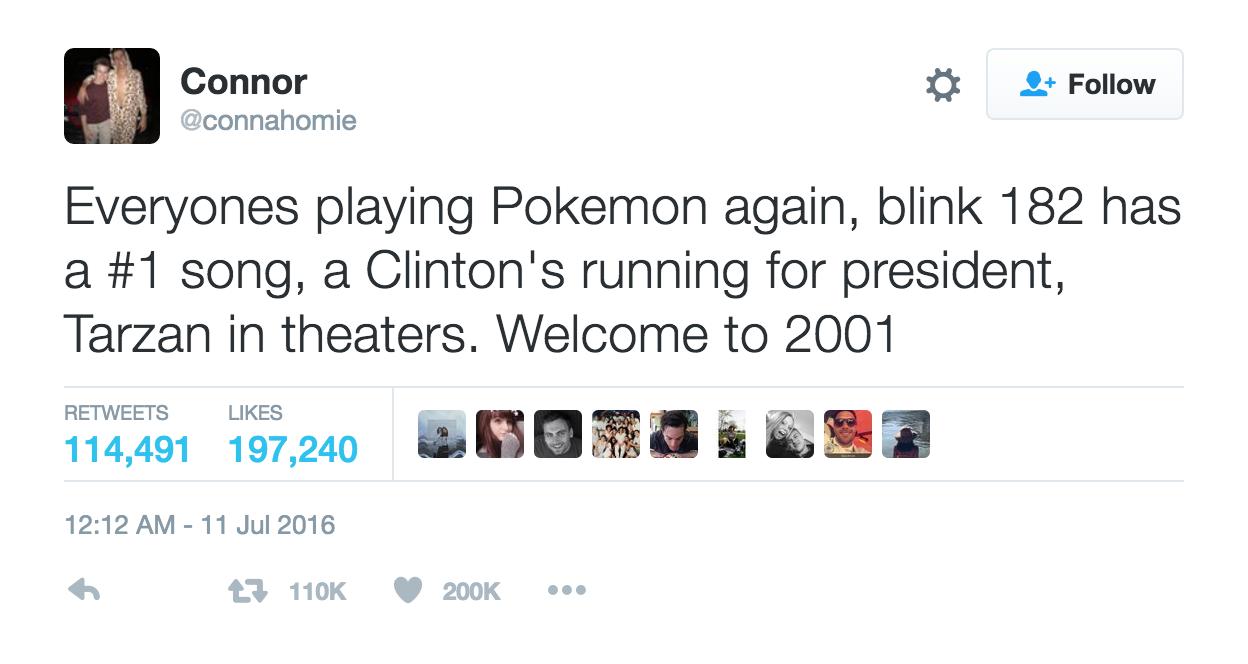 2. You see this and think someone must be having a bad trip.

3. The rise in Pokémon poetry is making your eyes bleed. 4. How!? Did Pikachu do the dumbbells for you?

honestly i'm more exhausted from #PokemonGo than i am from the gym.

7. Is a rare Pokémon the same as a rare pepe?

I hope there's some really rare Pokemon at the show tonight 4 y'all.

8. WHAT THE HELL HAVE THEY DONE TO MY PRECIOUS PEPE? THERE WILL BE BLOOD FOR THIS.

When your phone vibrates but it's just a text #PokemonGo pic.twitter.com/dJNh0oPb6N

9. That time everyone else downloaded Pokémon GO and killed your social life for good.

10. The more Pokémon-related things you see, the deeper your resentment grows.

11. Two weeks ago I would have assumed this tweet was about Grindr.

12. Leave the real animals out of this war of attrition ffs.

"Are you trying to take a picture"
"No, I'm playing Pokemon go" pic.twitter.com/R6e9QKzmvv

14. You're not even on the game but you feel like you are.