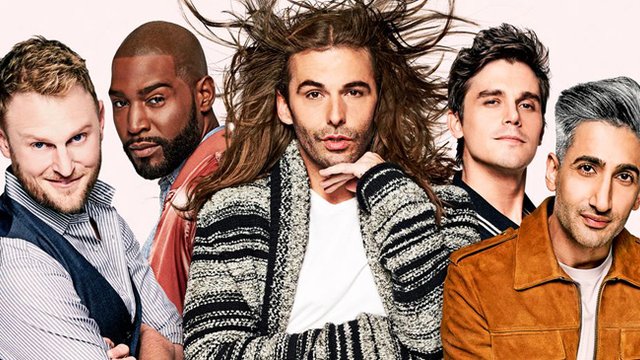 Obsessed with Queer Eye as much as we are? Good, because we literally cannot get enough of the fab five.

The new fab five, consisting of Bobby Berk, Karamo Brown, Tan France, Antoni Porowski and Jonathan van Ness, have taken the original idea of the iconic  Queer Eye for the Straight Guy and given it a modern twist. Instead of just a superficial makeover, the fab five go deeper with the contestants, helping them address issues in their personal lives so they can truly live their best life and we're 100% here for it.

While we wait anxiously to see if Queer Eye gets renewed for a second season, you can follow the fab five on their social media channels to get your daily fix of fabulousness. Oh, and don't forget to check out all the hilarious memes that the show has inspired. *Jonathan voice* Yes henny!

The Queer Eye interior designer is originally from Texas started his own company in 2006 and had made several appearances as a design expert on television before. He has been in a relationship with his husband for 13 years, and they’ve been married for five.

Karamo Brown is the fab five’s culture expert, helping to improve the overall lifestyles of the contestants. Karamo first featured on television on a series of Real World in 2004. As he mentioned on the show, Karamo has two sons. In 2007 Brown was notified that he was the father of a 10 year old boy Jason and received custody of him that year. Brown then adopted Jason's half brother Chris in 2010 so the brothers could still live together.

As you probably guessed from his accent, the fab five’s Tan France is from Doncaster in the UK. He founded his own clothing company, Kingdom & State, in 2011 and is also started a second company in 2016. He is married to an American Morman man from Salt Lake City, where Tan currently lives.

Antoni, aka the ridiculously cute one, is the food expert for the fab five. From Canada, Antoni was recommended for the role by the food guru on the original Queer Eye series, Ted Allen, who lives on the same street as Antoni in New York.

Jonathan Van Ness is the larger-than-life grooming expert of the fab five. From Quincy, Illinois, he previously hosted Gay of Thrones, the Funny or Die video series, in which he recaps the latest episode with a sassy twist.