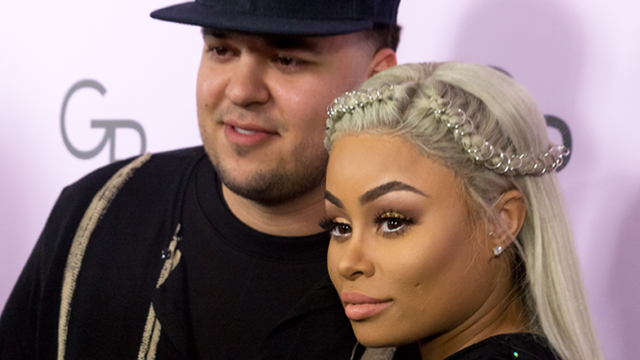 Hello. In case you didn't know, slut-shaming is wrong and you shouldn't encourage it. Whether it's between two "normal people" or between two celebrities with about 22 million Instagram followers combined, it's still the same.

So, hang on, what the bloody hell happened?

Yesterday, Rob posted a number of nude photos of Chyna on Instagram alongside accusations that she had been cheating on him with numerous men while they were together. The pictures were later deleted by Instagram and then re-uploaded by Rob before his account was eventually suspended. He later continued his rant on Twitter.

How did Rob violate that?

While Chyna may have sent him those pictures of her own accord, it's probably safe to assume that she had never really intended Rob to share them online with millions of people.

So how does this concern me and my timeline?

Here's some tweets that surfaced after Rob shared the photos:

Rob Kardashian is fuckin hilarious a wanty be pals wae him

Rob Kardashian dragging Chyna on IG is the best thing to come out of the Kardashian family. Absolutely hilarious ffs

First of all, cheating accusations aside, Chyna's past shouldn't have ANYTHING to do with someone sharing nude pictures without her consent. And her past and your personal feelings toward her definitely do not mean that she "deserves" it either.

Listen, no one is telling Chyna how she should feel but regardless of the fact that you might think Rob and Chyna's beef is for publicity or the fact that Chyna may not actually care about it, sharing and then slut-shaming ANY subject of those kind of photos and saying "she deserved it" on social media is wrong. And reinforcing the narrative that the uploader is "hilarious", "savage", "iconic" and whatever else you want to call them will only fuel these kind of things in the future and make it harder for victims to be taken seriously or even come forward at all.