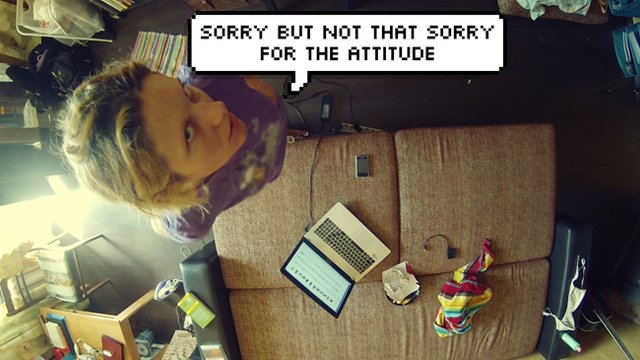 You know how some people have literally no chill? Well imagine that person, multiply that by 10 and you get this delightful young lady who is a UCLA Freshman with ~a bit~ of an anger problem.

As reported by nymag.com, Winnie Chen, an incoming freshman at UCLA, shared an email from her future roommate. Instead of the usual 'hi, can't wait to meet you' stuff that you might expect from a future roommate, her email was super intense. Prepare to be shook.

"Okay so I'm not sure why neither of you responded back to my emails, but I don't really care just as long as you both know this and understand that I'm not gonna settle for anything less than what I'm gonna tell you that I'm gonna get once I arrive in the dorm. I'll take the top bunk of the bed that has a bottom and top bunk. I DO NOT want the single bunk where it has a desk underneath the top bunk so don't try to leave me that. I'm also taking one of the white closets. There should be two white closets and I'm taking one of them. I don't care for which one it is, just know I'm taking one of them.

I want the desk that's near the window. Plain and simple. I don't care about who gets the bottom bunk but just know what I stated above is what I'm expecting once I arrive at the dorm and I won't be in the mood for any arguing or other nonsense because of you two decided to deliberately disregard the email. If needed be I'll turn it into a bigger situation so don't try me.

Sorry but not that sorry for the attitude. I don't like being ignored because that's just rude but that's what you both decided to do so I decided to make it clear now on the kind of person I am and what I will and will not take.

So as a final reminder: I am getting the top bunk of the bunk bed with the bed on the bottom. I am getting one of the white closets, and I'm getting the desk near the window. That's fair enough to ask for considering that I'm giving up fighting for the bottom bunk."

But it didn't stop there. Winnie's flatmate Guistinna Tun wasn't taking this shit lying down. In a calm but firm response, Guistinna called BS on the flatmate's bad behaviour. Here's the best bit:

"I would just like to say that me and Winnie are extremely easy going people. We're chill and more than willing to compromise with one another, including you, and make decisions based on fairness. And we appreciate that you are letting us know your preferences from the get go. But . . . here is a list of things we don't appreciate:

1. You assuming off the bat that we are ignoring you. Please, don't play the victim. It's petty.

2. You making all of these demands. While it may not seem like it to you, it seems like it to us.

3. Your attitude. GIIRRRL, WE HAVEN'T EVEN MET YET. But at this rate, I don't think I wanna even meet you anymore #SORRYBUTNOTTHATSORRY

4. Your sense of entitlement... just because you gave up the BOTTOM BUNK. Please, there is more to life than the bottom bunk. And that doesn't give you the excuse to automatically demand 'THE TOP BUNK THAT HAS A BOTTOM AND TOP BUNK, ONE OF THE WHITE CLOSETS, AND A DESK THAT'S NEAR THE WINDOW".

Look, I'm not here to fight with you. I hate being a bitch, but I am not going to allow anyone to talk to me or Winnie like that. You said "don't try me", but you ended up trying me. So, here I am. I'd understand if you would want to change roommates after reading this email, because honestly, that's how me and Winnie felt after reading yours. But if you're willing to work this out and start over, then so are we. I'm all about being open minded and getting to know people. Just let me and Winnie know."

The super intense roommate responded, with her tail between her legs, somewhat. She still wanted that bed though.

"But word of advice: while I stepped out of line with my attitude, you throwing it right back along with other snarky, unnecessary comments is just fighting fire with fire. I'm mature enough to put out the fire myself once I see it spreading, but other people aren't so I don't think that was necessarily the right way to handle the situation.

However like I said, the fact that you stuck up for you and winnie seemed pretty cool to me- I like people who know how to speak up for themselves but most importantly, for others too. So yeah, I don't mind starting over considering the fact that I don't get along with people right off the bat because I'm not that much of a people person. So I'm not looking to find other roommates either.

I'm also really chill too. But as you can see from my previous email, I am like a ticking time bomb that sets off when certain things I don't like happen to me. I went far with the assumptions that you both were ignoring me, but I wasn't "playing victim", I truly believed I was being ignored because of how I was looking at the situation. My mind trails elsewhere when I'm not catching it on the tracks. I'm an over analyzer which leads to over thinking at times. I do have anger issues that has only been going off recently because of personal stuff, one of the major ones being I'm leaving home to go miles away. If that scares you then you can request another roommate. I have low tolerance for a lot of things and my patience level isn't high at all. Those are three things I've been working on and plan on working on it while in college too since it's one of the best times to grow and develop into who you want to be.

So, now that I've said a little more about myself and my piece on the situation, if you'd like to request another roommate that's fine. But if not that's cool too, I'd appreciate if you would take the top bunk with the desk underneath (lol)."

Jeez! Would you still consider living with this girl after those emails? Let us know your thoughts. Personally speaking... 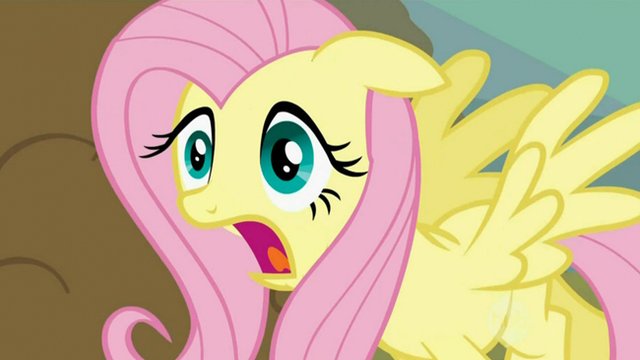 These Josh Dun Puns Are Actually More Fun Than Your Mum