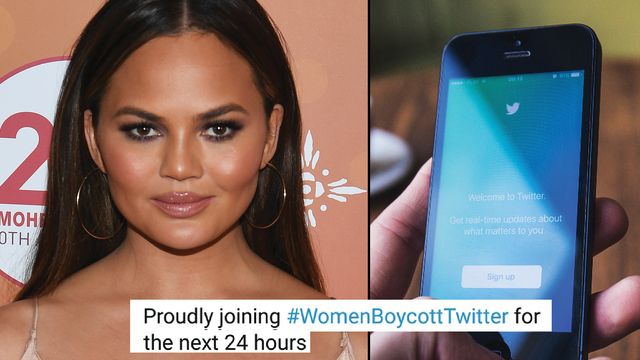 But the boycott is already stirring some controversy.

Following a week of Hollywood sexual assault bombshells and the subsequent Twitter suspension of actress, Rose McGowan, the women of Twitter are taking a stand.

The fact that Twitter can be a hostile place for women is the internet's worst kept secret. Women speaking out against sexual violence and getting suspended, while actual white supremacists remain on the platform, has prompted many women (and men) to get on board with #WomenBoycottTwitter.

Ladies. Let's do this. #WomenBoycottTwitter. Not because of hate but because I love this platform and know it can be better.

As of midnight tonight, I'm doing this. I would really appreciate it if all my Twitter followers would too. #womenboycotttwitter pic.twitter.com/SSuMD4A9ff

Proudly joining #WomenBoycottTwitter for the next 24 hours even though Instagram doesn't properly capture my tone.

Tomorrow it's #WomenBoycottTwitter (and people who are love and support women) https://t.co/ydwCY51jM3

To highlight the ways in which women are silenced on Twitter and everywhere else, many are taking part in the 24-hour boycott. They are pledging to stay off the platform for one day to point out how much Twitter and other apps NEED women's voices.

Many have been quick to express their scepticism about the boycott. 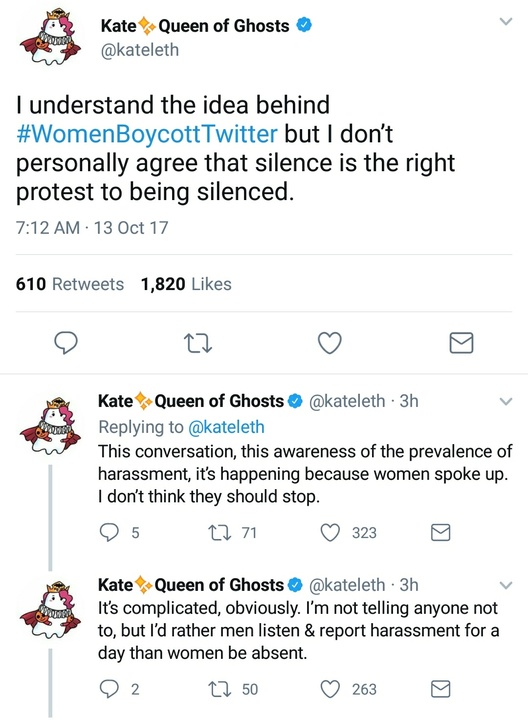 While others are noting the inherent hypocrisy of boycotting when a white woman is mistreated while staying silent when people of colour are attacked.

Calling white women allies to recognize conflict of #WomenBoycottTwitter for women of color who haven't received support on similar issues.

Intersectionality = when you really want to support #WomenBoycottTwitter but you're conflicted bec Black women never get the same support.

Last year, when comedian Leslie Jones was attacked by far-right trolls, she was, unfortunately, not awarded the same solidarity on the platform.

While these types of protests can be important and useful for change, it does highlight how much intersectionality needs to be injected into mainstream feminist debate.