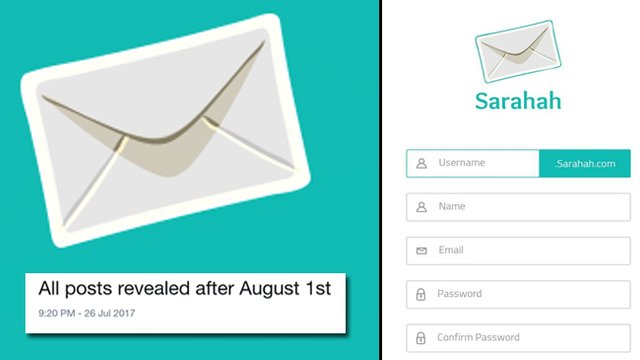 Articles on Facebook claim that the company will be dropping names on August 1st as they end their 'social experiment'.

Users of the anonymous messaging app Sarahah were SHOOK earlier this week after a rumour broke online that the company may be about to reveal the true identities of its users.

The app allows you to send messages to other profiles without exposing your username, leading to a lot of crush reveals, compliment-baiting photos and some more unsavoury cyber bullying issues that have been making headlines around the world. It has recently shot to the top of the download charts in the UK, USA and Australia, gaining huge popularity thanks to an easy-linking function with Snapchat and Instagram.

But, many messagers were panicking as word broke that the company may be about to expose the usernames of everyone on the app as soon as August 1st:

There's an article on facebook saying the app was a CIA experiment, and all identities are being revealed on August 1st, is it true

@Sarahah_com is it true that on 1st of august you will reveal identities??

"Anonymous" ... Sarahah about to expose all you dumbasses identities in 48 hours

Plot twist : #Sarahah reveals all identities unless you make 3 easy payments of $9.99 by August 5th

Basically, as you might imagine, everybody was sh*tting themselves.

It all stemmed from articles popping up on Facebook claiming that the app was a CIA social experiment (lol) and that the countdown to the names being revealed had already begun.

But there's no need to panic guys - Sarahah took to their official Twitter account to reassure you all and confirm that the rumour is 100% fake:

Although, just a thought, but if you are this freaked out by the prospect of people knowing what you wrote, maybe post less embarassing stuff all the time. Might just work...