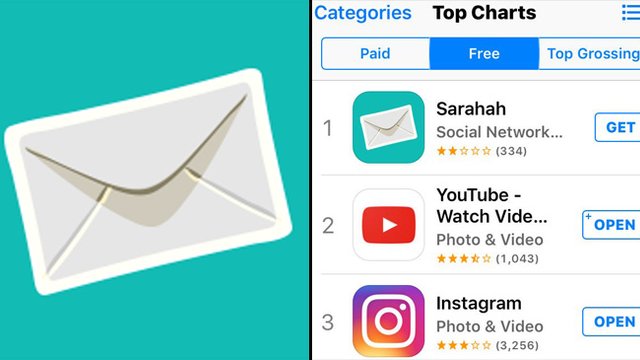 The anonymous messaging app has become incredibly popular since it launched in English thanks to its connection with Snapchat.

Sarahah, the anonymous messaging app that has infected your Snapchat timeline with constant codes and screenshots, is truly taking over the world.

The company have released an update on their acheivments since their official launch in English around a month ago and, honestly, it is pretty damn impressive.

So far, the Saudi based app has gone to Number 1 in the app store of over 30 countries, as well as attracting more than 1/4 billion visitors and gaining over 1 billion page views.

#Sarahah in a month:

Damn, that's a lot of messaging for just a few weeks.

The app gives users a unique code by which they can receive messages from anyone in the world without seeing their identity and has become hugely popular thanks to its ability to link directly with Snapchat. However, many have expressed concern over problems with cyber bullying and racist abuse. The site was also subject to a series of fake news stories claiming that Sarahah would soon be "exposing" the real identities of all its users.

Either way, the app is clearly still hugely popular - but will it last or fade out by the end of summer? Let us know your thoughts over in the Facebook comments section.