Sarahah Has Officially Ruined Snapchat And Everyone Is FUMING 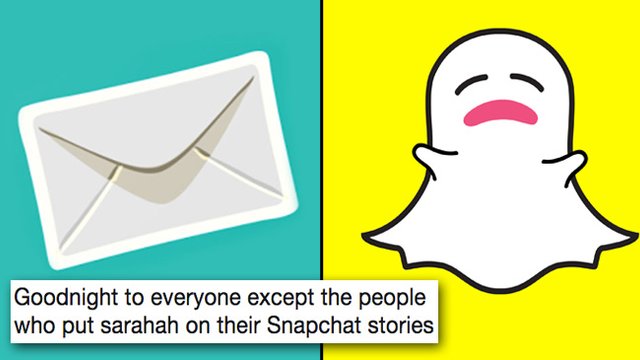 Ever since people started linking the apps together, our feeds have been flooded with endless screenshots.

Unless you have somehow spent the last few weeks living under a rock with low Wi-Fi signal, you will have by now encountered Sarahah, the anonymous messaging service with an app that has shot to the top of the charts around the world with a reported 20m daily users. 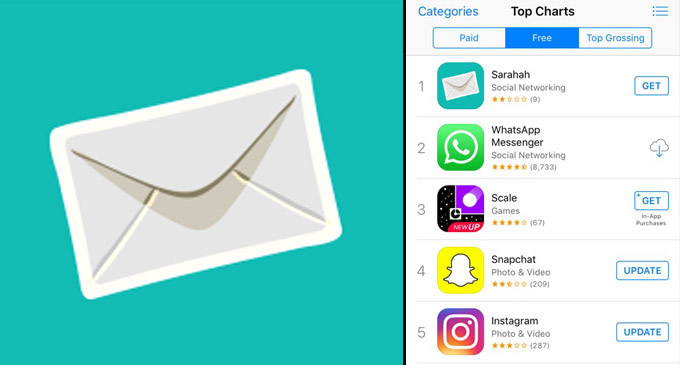 The app gives users a unique code, allowing them to receive messages from strangers (or friends that don't wanna reveal their usernames) and, while some of these are funny, there have also been a lot of high profile problems with the service too, from cyber bullying and reports of racist abuse to the recent hoax that all usernames were to be "exposed" on August 1st.

But, it seems that there is one thing that is p*ssing everybody off way more than anything else - users spamming our Snapchat with screenshots of their bloody messages!

who tf is sarah and why has she made a website called sarahah and why is everyone on Snapchat telling me to swipe up pic.twitter.com/wqo45AERne

Yes, because it's so easy to link up Sarahah with Snapchat, it is now FULL of snaps and screenshots of compliments as well as begs for private messages which, let's be honest, can get pretty damn boring.

Basically, because of this, a LOT of people are starting to get bored of the app already and they aren't afraid to show it. Here's just a few of our fave reactions so far:

To everyone that's posting their sarahah on Snapchat: pic.twitter.com/SRsEjHoH0I

If you're in your mid 20's on Sarahah, screenshoting, then uploading it you really need to gather your life.

When I open snap chat to see a concert, someone using their story as a diary, and "slide up" for sarahah pic.twitter.com/yHao0TQrIJ

no. one. cares. about. your. sarahah.

if we are friends on Snapchat and you post one more freakin sarahah screenshot of comments you got, I'm gonna unfriend you

I literally dont give a single fuck about this sarahah thing all over my snapchat, actually embarrassing lol

This "Sarahah" thing is ruining Snapchat

I'm really debating on deleting Snapchat. All these stupid screenshots of what people said about them on sarahah is annoying.

Tbf, we just checked out our Snapchat and people's Sarahah stuff is literally all we can see right now. And yeah, it's pretty annoying.

What do you guys think? Are you already bored of Sarahah? Is it ruining Snapchat for you? Let us know in the Facebook comments.