Snapchat's New Feature Will Completely Change How You Film Concerts 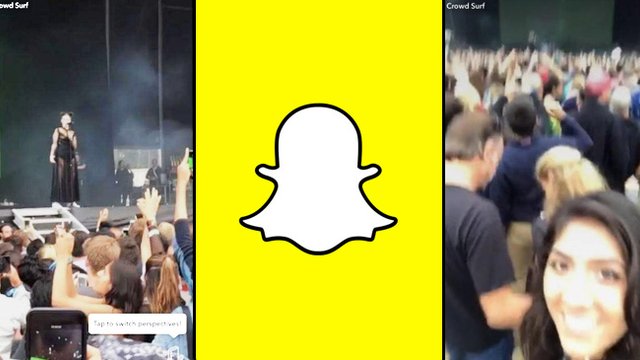 The app's new 'Crowd Surf' feature will let you check out your fave live performances in a whole new way and from multiple angles.

If you are anything like us, you mainly use Snapchat to put stupid filters on your face, block anyone who posts Sarahah screenshots and check out the latest live footage of your fave band.

And now, Snapchat's latest feature is perfect for all you music lovers out there, linking together all the available clips of a concert in one, synced up video.

'Crowd Surf' manages to collect footage of a concert from multiple stories and thread them together seamlessly into one big video, with no music skipping, allowing users to view the same performance from multiple angles. Sounds pretty great, right?

In fact, you can see just how great it is by checking out the video below which shows the features in use at a recent Lorde concert in San Francisco:

So, next time your faves are playing, check out Crowd Surf to have your very own concert party from the comfort of your bedroom.