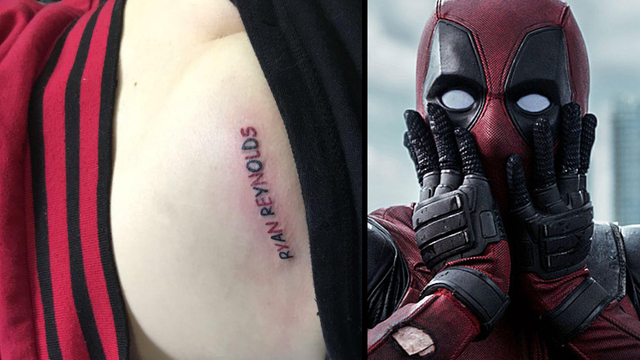 You know that moment when you realize you're obsessed with something? Maybe it's a warm gooey feeling in your heart. Or, maybe it's a stinging tattoo needle feeling on your butt.

Meet 18-year-old Dustin. He's from Florida, he's very into Deadpool, and he is the living breathing personification of "notice me senpai".

Not too long ago, Dustin was having one of those normal stan interactions with his fave, Ryan Reynolds. He promised that if Ryan liked his tweet, he would get the star's name permanently inked on his behind. You know, normal stuff like that.

Ryan is known for his sense of humor so he liked the post and gave Dustin a "cheeky" retweet. Now, no one can ever accuse Dustin of being a fake fan because, here, in all its glory, is his Ryan Reynolds-laden butt.

@VancityReynolds your wish is my command pic.twitter.com/EluTrtoRYi

It's called dedication. Look it up.

The internet is collectively impressed and in shock at this level of standom.

Anyone who thinks that Dustin is regretting his decision can pack that one away. Dustin regrets NOTHING.

Dustin deserves some kind of exclusive meet and greet with Ryan after this.