Here's Why The Rock Is The Undisputed Champion Of Instagram 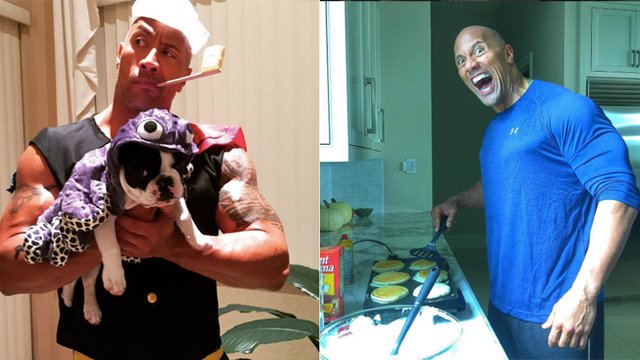 It is a truth, universally acknowledged that The Rock is BAE. But we never knew that he was also the king of the InstaGame! Not until this morning, anyway.

It all started yesterday, when Mr. Johnson posted a snap of himself with brand new pebble Jasmine.

We always knew he had a soft side.

Naturally, this prompted a day-long stalking trip down The Rock's instagram, during which we discovered his absolute fave photo pose.

Remind you of anyone?

He also genuinely appreciates his fans and it's the most adorable thing.

Maybe it's random or maybe it's holiday fate... either way it makes my heart sing... I decide to take a Sunday drive in my pick up to run errands and go train at my buddy's gym. As I'm driving down the road I see three young girls holding signs that just say "Beep", "Happy Holidays" etc. So I drive by and do what anyone would do.. I beep and wave. As I look in my rearview I can see that they're pointing at my truck (my all black pick up is pretty recognizable in our little country town). I go train and run my errands and over 3 HOURS later I'm driving back down our little backroad and the same three angels are standing by the side of the road - only this time they're jumping up and down, waving and screaming as I drove by. I thought, "Did those signs say my name?"..."Should I turn around just in case?" I decide to hit the brakes and look in my rearview and in that very moment I see them going BONKERS! I flipped a U-turn and drove back to them. They were elated. So was I. These little angels waited outside for over 3 hours for me to hopefully drive back down their road.. their mom and dad came running out and we all exchanged hugs and took pics. I made sure I got a pic with my phone, wished them all Happy Holidays, got back in my truck and went on my way. The coolest part of this whole random (or maybe fateful) act is that by turning around I literally got to meet some of the sweetest and kindest little ladies and family I'd ever met. May sound silly or corny, but moments like this are by far the greatest part of fame. Happy Holiday's guys and thank you universe for this really cool moment. #CheckoutSantaWithThePhotoBomb #GreatestFansInTheWorld

And he has some very creative fans, too!

And what self-respecting InstaKing would pass up a good puppy photo op?

King of the gym!

King of the 'Gram!

EXCLUSIVE SNEAK PEEK: Me and @kevinhart4real in the most f*cked up therapy session you will ever see in a movie! THIS FRIDAY we'll launch the WORLD PREMIERE trailer for #CentralIntelligence. #HesTheGoldenJet #ImJustBob #AndWereBothInAShitloadOfTrouble

King of our lives tbh.

Thanks for existing, The Rock! 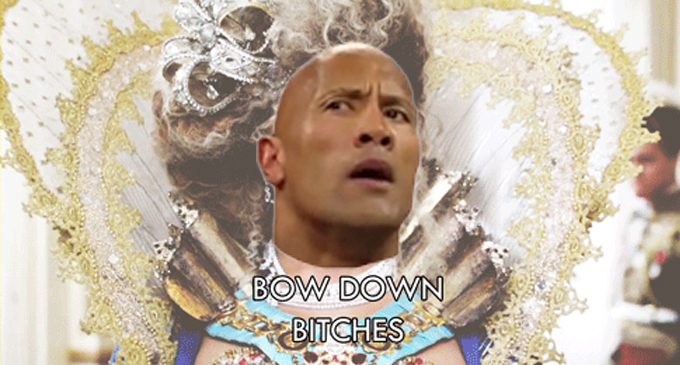