What is Tony Lopez's alleged grooming scandal about?

This image appears in the gallery:
Tony Lopez: 16 facts you never knew about the Hype House TikTok star 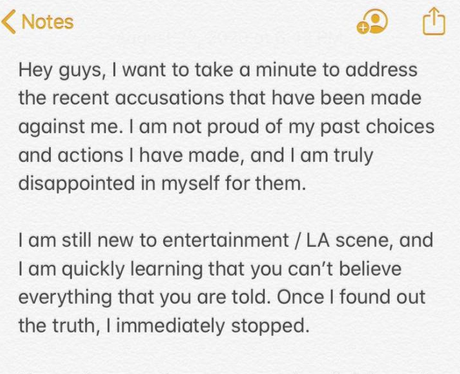 15. What is Tony Lopez's alleged grooming scandal about?

In August 2020, Tony Lopez was accused of sending explicit messages to an underage girl. At the time, Tony released a statement saying he was "not proud of my past choices" after being dropped from a major brand deal and cancelled online. But in Jan, Lopez was sued by two minors for "sexual battery and emotional distress". One of the allegations alleged that Tony met one of the girls and has "unlawful sexual acts" despite knowing she was underage. He denied all allegations to TMZ. [via Twitter]