Wait, Why Are People Posting This Purple Bird In Everyone's Facebook Comments? 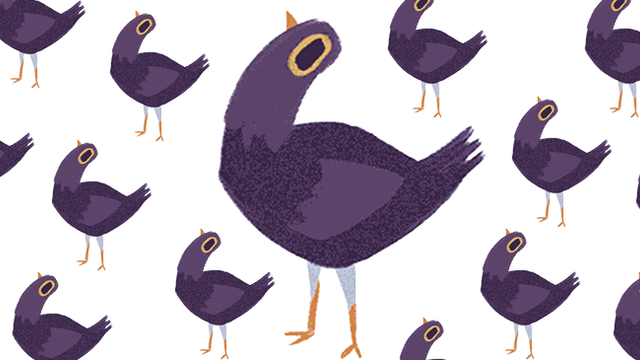 Here's what the 'Trash Dove' means.

Have you noticed anything weird about the comment sections on Facebook recently? Aside from the all the usual political drama between your relatives that just won't go away, that is. If you've been active on the social media site in the past few days, you will have noticed - and been confused by - that weird little purple bird that everyone keeps leaving in the comments.

First of all, what the hell is it?

It's called 'Trash Dove' and it's from a set of Facebook stickers. The one you keep seeing is some sort of head thrashing monster. There's a bunch of other variations; one carrying a slice of pizza, one with it's head stuck through a slice of bread, one on his way to work and even one lying dead on the floor.

Where did it come from?

The Trash Dove was designed by illustrator Syd Weiler in 2016 who then created a set of them for Facebook in 2017. It gained popularity in Thailand about a week ago and has rapidly made it's way around the globe and into everyone's comment sections. 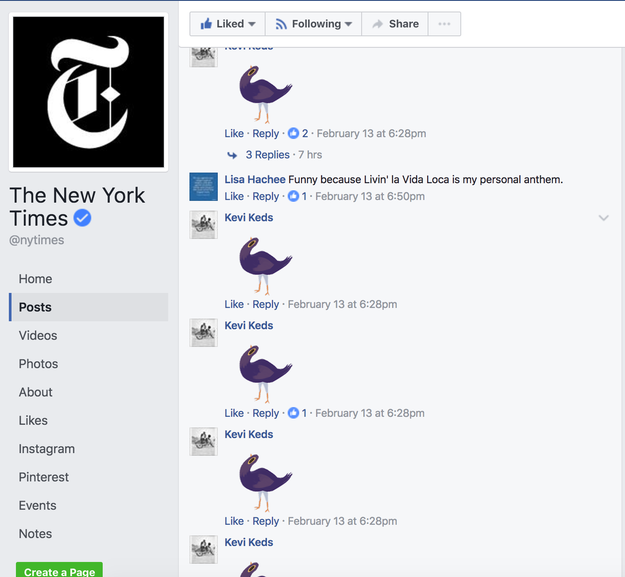 What does it mean?

Nothing. There's literally no genuine meaning behind the sticker. People are posting it to spam the comment sections of articles and posts just for the lols. According to the Reddit thread that has now been constructed in honour of this new meme, there's a theory that it started going viral in Thailand because the word for 'bird' in Thai is also meant to represent 'Friend-zoning' or 'unrequited love'. Makes total sense...

Is it some sort of alt-right symbol?

No, Trash Dove did not start out life as a Nazi and don't let anyone convince you otherwise. Buzzfeed News reported that trolls are trying to convince people that Trash Dove is a secret symbol for the alt-right movement, like Pepe. Certain groups are now photoshopping the bird into full-on Nazi imagery. Can't even enjoy the head-banging dove for a day, can we?

It's only been a day and it's already getting out of hand. The memes are rolling in like no tomorrow.

As is the fan art.

And the makeup looks.

Brace yourselves... looks like we've caught another one for the 2017 Meme Calendar.