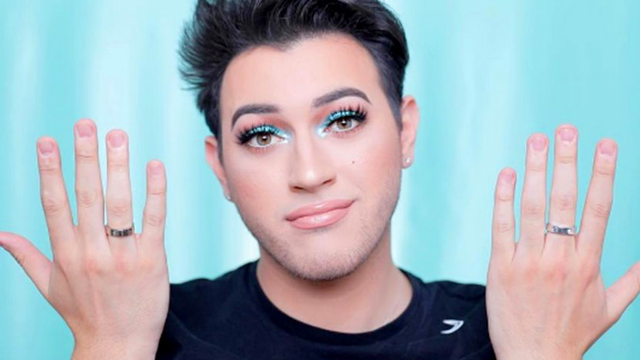 SPOILER ALERT: It's not Manny's surname.

Have you ever wondered why so many of those beauty personalities you see on Twitter and Instagram have the word 'MUA' after their name? Like the gorgey Manny MUA for example. Is it some kind of exotic middle name? Some kind of secret cult or club? Special initials for the most glamorous people on social media?

You wouldn't be alone in not having a clue what those three little letters stand for. In fact, a couple of PopBuzzers had the same problem a few weeks ago and their minds were blown when they realised what it really meant. Bless.

So what the heck does the MUA actually mean? SPOILER: it's pretty freakin' obvious once you realise. Are you ready for this truth bomb?

'MUA' is an acronym that stands for 'Make Up Artist' and absolutely everyone is losing their sh*t over this new piece of information.

There's people that thought it was some kind of phonetic 'kiss' thing.

Yo i just found out that "MUA" women have in their bios stood for "makeup artist". This whole time I thought they were blowing me a kiss

I've only just clocked that MUA stands for makeup artist, I thought all these people's makeup accounts were just signing off with a kiss

Some who thought it was a genuine name.

it took me so long to figure out that "MUA" stands for "makeup artist"...i thought these ppl all just had the same middle name or smth

You guys my girl thought 'MUA' was @MannyMua733 last name

People are now only just realising that Manny MUA's surname is not actually Mua. (It's Gutierrez)

"i thought manny mua's last name was mua. i thought it was pronounced moowa..."

Lives have been ruined.

Well, you learn something new everyday!