Wait, The Word Of The Year Is An… Emoji?! 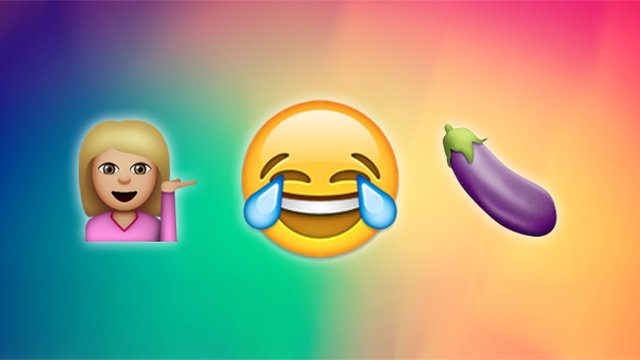 But why isn't it the Eggplant?!

BREAKING NEWS: THE MILLENIALS ARE TAKING OVER.

Oxford Dictionaries just released their word of the year and guys, it’s literally not even a word.

Previous winners of the Word Of The Year award include Selfie (2013) and Vape (2014) which are literally the only two things people ever seem to do these days. 10 points to Gryffindor for accuracy on those two.

Because who even writes LOL anymore?! If we’re playing by PopBuzz rules, then this truly iconic decision means that the word of the year is officially: LOLROFLPMSL.

According to SwiftKey, the ‘Face With Tears Of Joy’ emoji is the most used emoji in the whole entire land. Lil’ Laughy Face made up 20% of all emoji use in 2015 - probably it’s impossible not use it at least three times in one tweet. Word on the street is that the 'Information Desk Woman' is absolutely FUMING about this unjust decision!

Other ~words~ that made the shortlist included: Lumbersexual, On Fleek, Brexit and ad blocker. And if we’re being perfectly honest, Lumbersexual would have done us quite nicely. *insert shrug emoji here*

For those that require a full emoji translation of this article, here is our response to the news in emoji:

This Artist Made Musicians Into Emojis And We Need Them Now