Hasbulla Magomedov vs Adbu Rozik: Did they ever fight?

This image appears in the gallery:
Hasbulla Magomedov: 11 facts about 'Mini Khabib' you should know 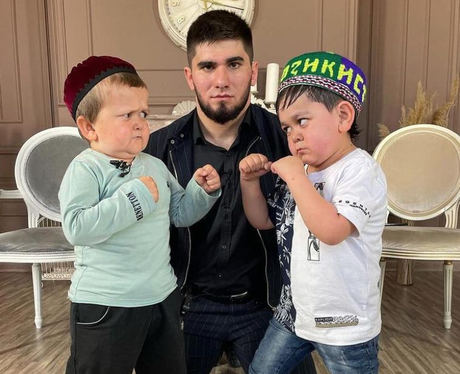 6. Hasbulla Magomedov vs Adbu Rozik: Did they ever fight?

In May 2021, Hasbulla Magomedov challenged Tajikistan-born singer Abdu Rozik to an MMA fight. Both are thought to have similar genetic conditions. The fight didn't go ahead, though, after the Russian Dwarf Athletic Association (RDAA) called it unethical. Then in Nov, the duo had to be split up by security during a confrontation in Abu Dhabi. UFC president Dana White is reportedly willing to pay $1.5 million for Hasbulla and Rozik to fight. [via Instagram]

See the full gallery: Hasbulla Magomedov: 11 facts about 'Mini Khabib' you should know