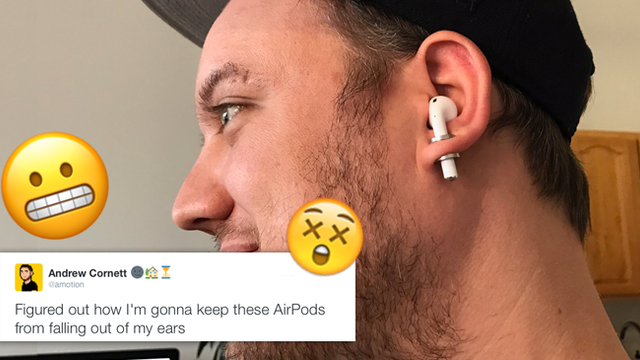 At first, people got mad about these headphones - now they are getting creative...

Although wireless headphones are (apparently) the future for audio consumption - some people have found Apple's pricey new AirPods less practical than they’d hoped.

By now, you’ve probably heard A LOT of people moaning that they just keep. falling. out.

I've already lost my #AirPods and they haven't even come out yet. #AppleKeynote pic.twitter.com/omQVeDAHzi

Question is, will there be a Find My Air Pods app? #AppleEvent

However, there is some new found hope… a guy called Andrew Cornett decided he was fed up of his new AirPods falling out of his ear and took things to a weird but creative level that has out done literally everybody else. 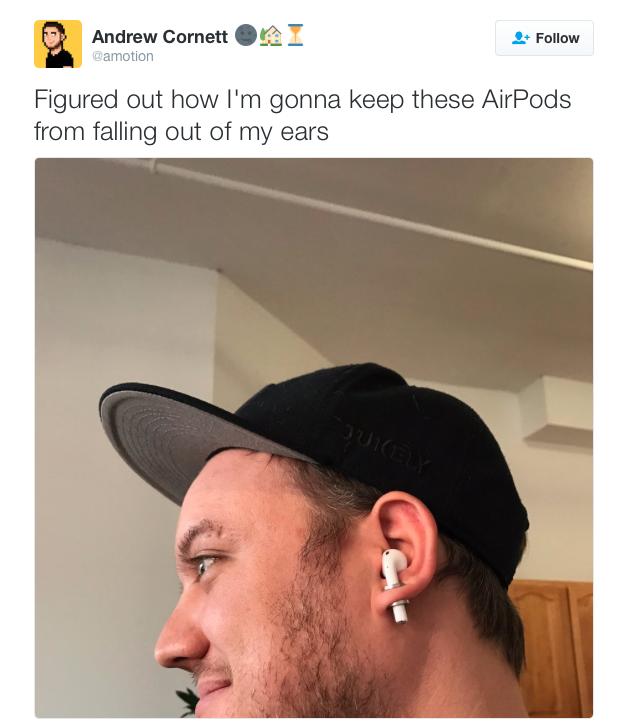 If you're lucky enough to have your ears pierced, you'll be able to join this trend before it even happens and hold in your AirPods without risk of them falling out! People are loving it and Andrew has received some pretty positive responses…

Could this be Apple’s solution for their AirPods?