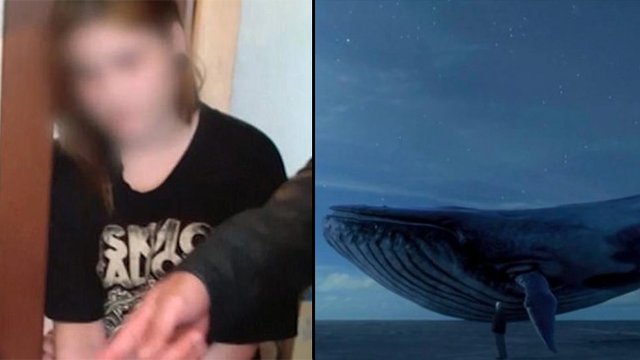 Russian police believe they have identified several key figures behind the online craze that has resulted in the deaths of multiple teenagers across the nation.

Some readers may find details of this story distressing.

The alleged creator of the controversial 'Blue Whale Challenge' has been arrested this week by Russian police after the 'game' encouraged many teenagers to take their own lives.

The 'Blue Whale Challenge' first appeared in Russia before spreading to the US and sees a user set 50 increasingly dangerous challenges they must complete over 50 days resulting in a final task of suicide. Metro reports that a girl, aged 17, has been identified by police as a 'death group administrator' after previously playing the game herself. She is said to have threatened to murder teenagers or their families if they failed to comply with the tasks she was setting, ranging from watching horror films in the middle of the night to self-harming and beyond.

Colonel Irina Volk, of the Russian Interior Ministry commented on the arrest:

"This administrator was sending particular tasks – often life-threatening – to each of several dozen members of the group. In contrast to similar groups, teenagers in this group were blackmailed with death threats against them or their relatives for not completing the tasks."

Officers also discovered a note pad detailing 'weak points' of the group's members she could use to manipulate them with.

A 21 year old Moscow man has also been arrested in connection with the case. 26 year old Ilya Sidorov was arrested earlier in the year for allegedly originating the game and assigning admin roles to others.