Confused Cardi B is me talking to anyone, anywhere, at any time.

Cardi B has officially earned a No. 1 single with 'Bodak Yellow', becoming the first solo female rapper to have a No. 1 since Lauryn Hill.

Cardi B has been a pop culture icon for a few years now. Her iconic moments on Love and Hip Hop have given the meme-loving masses enough to live on for years to come. Now that 'Bodak Yellow' is truly living its best life, here are some Cardi B memes that will make you wish she was your best friend.

1) Confused Cardi B is high key all of us.

When the mechanic is explaining what’s wrong with your car, but you know you’re leaving after the oil change. pic.twitter.com/dKUBdYmgJG

2) When your friend texts "how are u" 10 minutes before your Tinder date.

5) When the food finally comes after you've spent 97 minutes talking about the food.

6) My friends and I when Bodak Yellow comes on.

When he’s telling you the story of how he could’ve been a footballer but got injured pic.twitter.com/L8zaNsWJGW

9) When your parents walk past your room and try to be cute with you about the song you're listening to. 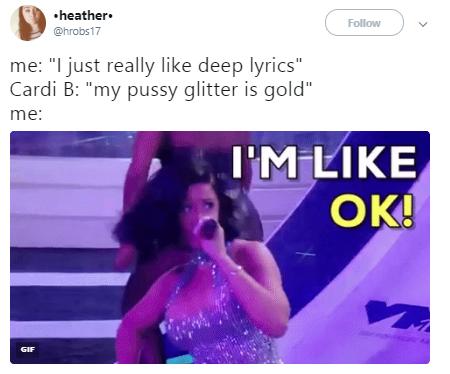 12) Me encouraging my best friend to finally hook up with the guy she's been texting for 203479 years.

13) When someone starts spilling tea you've known about for weeks.

15) Friend: "Why don't you connect with guys emotionally?"
Me:

“I went to school with you & we had class together” pic.twitter.com/ADIl5R5kOl

19) The queen has spoken

When the waiter is telling you the specials but you already know what you want to order... pic.twitter.com/CB5pl8XH94

21) So, when are getting this Disney/Cardi collab? 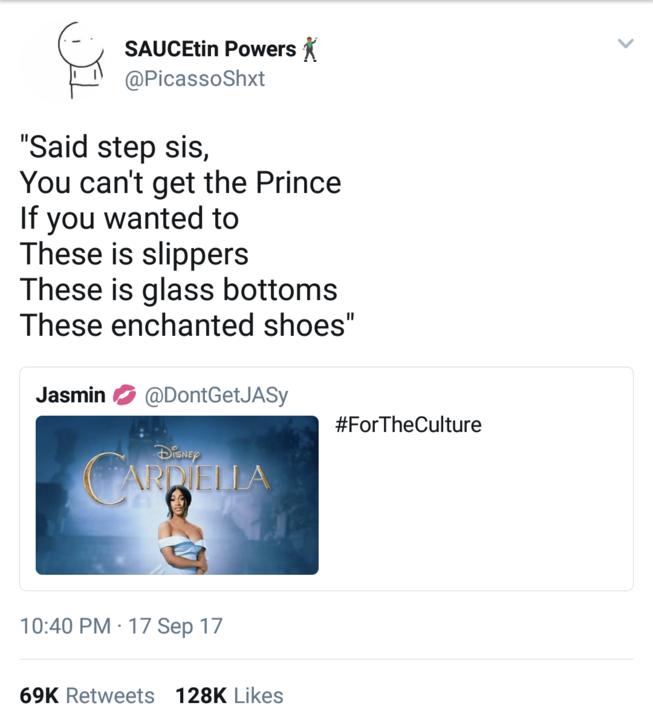 22) Me, annoyed about having to attend my own graduation, but happy to see my friends and family.

23) When he actually pays attention to the 800 million hints you dropped about a present you want and gets it for you. 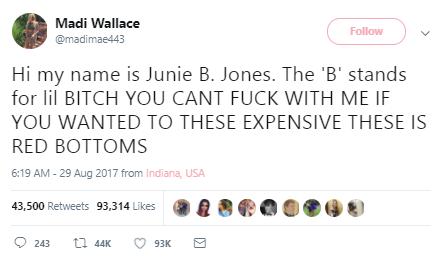 Look what Cardi B got girls doing now!

Congrats on that #1 tho! pic.twitter.com/i6INN7S1ow

Cardi B has gone from this viral meme, to topping the Billboard #Hot100. She's come a long way! https://t.co/MUCVXyHZ1W

28) me:*keeps a straight face while listening to you lie*

me when im high trying to listen to my friends pic.twitter.com/B2spBEOBkM

31) me: *composes an entire song in my head about the food coming*

me as soon as my food arrives pic.twitter.com/egRHZcklri