The "Cash Me Outside" Girl Is Returning To Dr Phil Next Week, How Bow Dah? 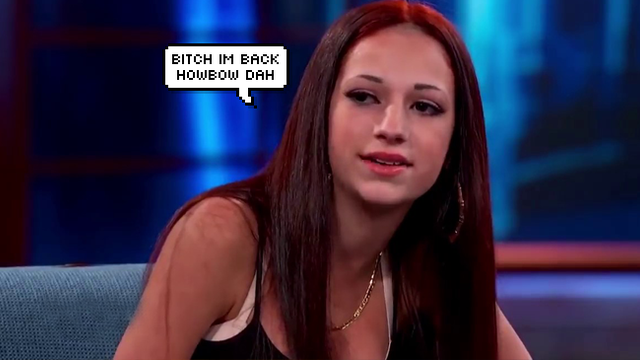 “Look who’s back for round two!”

It's been three weeks since the universe gifted us with the first major meme of 2017 and a brand new catchphrase that we'll never get bored of. Danielle Peskowitz Bregoli aka the 'cash me ousside' girl first appeared on Dr Phil in 2016 and went viral in early 2017 but she's about to take it to a whole 'nother level.

And now, she's coming BACK to TV to appear on Dr Phil's stage once again.

A pretty f*cking dramatic promo just dropped on Facebook featuring Danielle's original appearance on the show and reveals that "she will be back on the stage" next week.