The "Cash Me Ousside" Girl Just Revealed Exactly Why That Plane Fight Started... 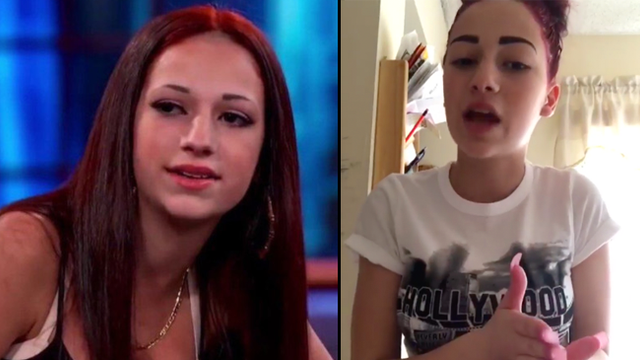 She got banned from the airline too.

Over the past couple of weeks, our timelines and group chats have been flooded with the face of Danielle Bregoli or, as she's now known on the streets, the "Cash Me Ousside" girl. Memes, merch, viral videos - you name it, she's had more news coverage in the past week than we've had hot dinners, tbh.

A few days ago, a video emerged of Danielle punching a fellow airplane passengers as she got on a flight with her mum. Police were eventually called and all three of them were escorted off the plane. JFC, a Tuesday to remember.

Anyway, a video from TMZ started circulating of the incident and it looked hella heated. Punches were thrown, people were allegedly strangled, the now legendary catchphrase made a few appearances... Plenty of other passengers managed to catch the fight on camera too.

But now, Danielle has taken to the internet to explain what really happened and by the sounds of it, she wasn't the one who even started the drama. In an exclusive video with TMZ, she revealed that the other woman started it because her mum was taking too long putting her luggage in the overhead bins.

"This lady comes through with her little luggage and she's like 'I gotta pee, I gotta pee!' My mom was like, 'Well, you need to wait.' So she starts screaming at my mom, my mom starts screaming back. Then we all start going for it. I start calling her every name under the sun. She's calling me and my mom racial slurs and she don't even know what she's talking about."

She then explains that she leapt to the defence of her mum (she couldn't fight because she had had breast cancer) who had been "hit" by the other woman in the chest and BAM, punch in the face: "All I knew is this lady hit my mom, I need to whoop her right now."

Oh, and she's been banned from using Spirit Airlines now too. How bow dah.