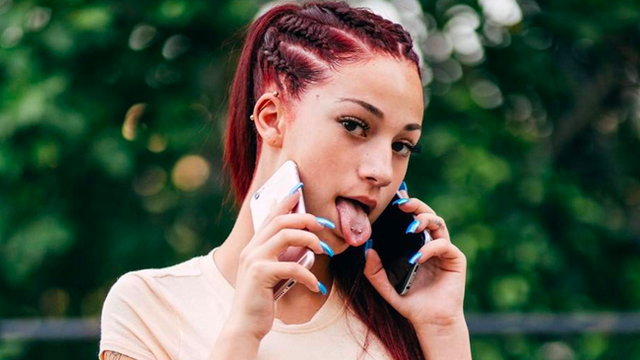 You can cash her INSIDE between the hours of 5pm and 6am thanks to her new curfew.

It seems like things (finally) might be about to calm down a bit with Danielle Bregoli aka the Cash Me Outside girl because she's just been sentenced by a judge after being charged over a bunch of stuff she did before she become "famous" on Dr Phil.

A few months ago, it was revealed that Danielle was facing criminal charges over a few incidents that had occurred prior to her appearance on the show. She later pled guilty to three charges including filing a false police report, marijuana possession and grand theft auto. Another two additional charges were dismissed by the State's Attorney.

According to TMZ, Danielle was later summoned to court for a hearing where she managed to avoid jail time but ended up being sentenced to FIVE YEARS probation after striking a plea deal.

According to the report, the conditions of Danielle's probation include attending school full time without fail, 100 hours of community service and a curfew between the hours of 5pm and 6am. The judge has also ruled that Danielle will have to take courses in sexual education, domestic violence and anti-theft over those five years.

Of course, if Danielle violates her probation or causes anymore trouble, she may face a penalty or even jail time.