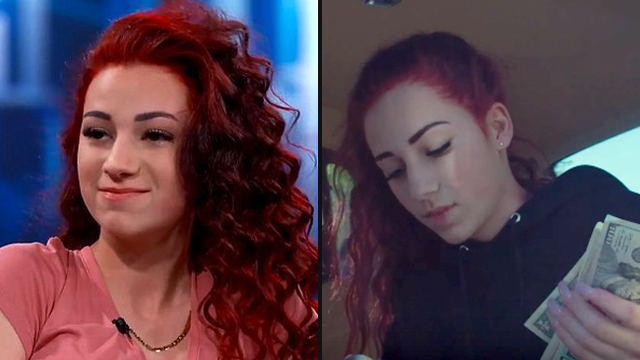 If she's not getting kicked off airplanes, getting in trouble with sports brands, threatening the Kardashians or making iconic yet TERRIBLE music videos, Danielle Bregoli aka the Cash Me Outside girl is out earning her stripes as a ruthless money-making businesswoman.

Since she her appearance on Dr Phil, Danielle has had her face plastered in every single corner of the internet you can imagine. Songs have been remixed with her vocals, there's a mobile game climbing up the App charts and her online merchandise site is booming. Makes you wonder how much money she has actually earned in her one month of fame...

Well, would you believe that the numbers have just been revealed and the amount of dollar she's actually getting will send you to an early grave. Seriously, brace yourselves.

According to TMZ, Danielle and her reps are asking for $30k every time someone wants to book her for an appearance, and $40k if that appearance takes her outside of the US.

To be honest, we don't know whether to laugh, cry, applaud her hustle or shake our damn heads at whoever is enabling all of this. All four? With added screaming? Yeah. That'll do it.