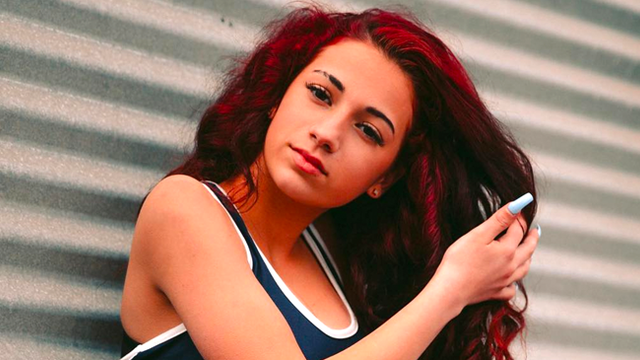 It's been a while since we've checked in with Danielle Bregoli, hasn't it? Last we heard of her, the fourteen-year-old had just been sentenced to 5 years probation after pleading guilty to three criminal charges brought against her. She was sent home to California where she will have to do 100 hours of community service and stick to a strict curfew.

But just when you thought you'd seen the last of her, you thought WRONG. Danielle has extended those 15 minutes of fame by launching an actual rap career and she's already got a track ready to drop. Yeah boiz, Cash Me Outside is a rapper now.

The song is called 'These Heauxs' (yes, really) and it sounds like she's taking no prisoners. She is coming for ALL YOU BITCHES. You can hear the track right here, in an exclusive snippet obtained by TMZ.

Some of the lyrics include the lines: "Water, water drippin', come take a peek. You in a trailer hoe, bitch you can't compete," and "Red Cup, no it ain't Koolaid," which is genius because she's only 14.

It was previously reported that Danielle had been linked to music producers who have worked with the likes of Beyoncé and Eminem. She's also signed a deal that could see her become a reality TV star in the near future. Oh, and she's still on track to become to a millionaire before the end of 2017.