This image appears in the gallery:
Dixie D'Amelio: 15 things you never knew about the TikTok star 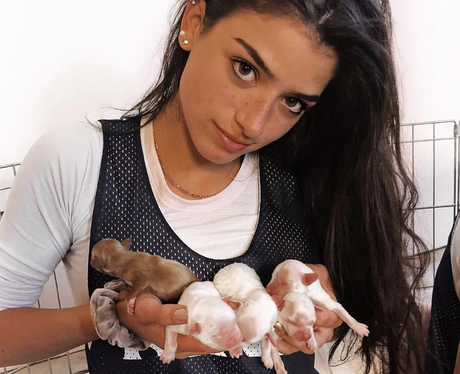 Dixie D'Amelio made her acting debut Brat's new TV web series Attaway General, as the character Georgia. The show is about a group of teens who volunteer together at a local hospital, and features other TikTok influencers including Griffin Johnson, Eric Montanez, and Gabby Morrison. [via Instagram]