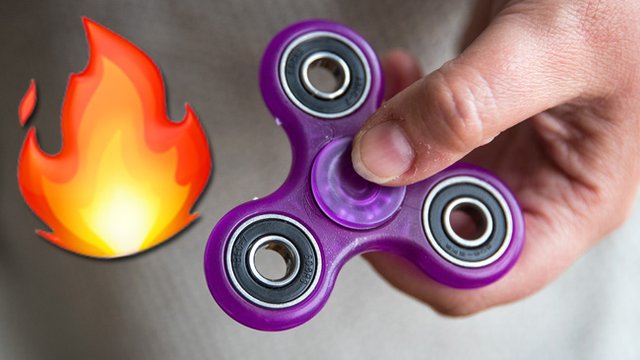 Reports are coming out of the US that certain spinners are going up in flames and it is not LIT.

Just when you thought the world of fidget spinners couldn't get any more extra, now some models in the US have begun literally bursting into flames.

Mashable reports that families in Michigan and Alabama have both seen their bluetooth enabled spinners set on fire while charging, with the Consumer Product Safety Commission now investigating.

A warning for parents after a #FidgetSpinner catches fire in Gardendale..the #exclusive at 10 #WBRC pic.twitter.com/imY3IdOODy

The Commission has now released a statement since the news of the fires broke:

"Consumers should stay with products that have batteries when they are charging. Never charge a product with batteries overnight while you are sleeping. Always follow the manufacturer’s instructions and use the charger from the manufacturer that is designed specifically for your device."

Well sure guys but telling me not to go to sleep isn't gonna be much help when my spinner is LITERALLY UP IN FLAMES!!!

Anyway, basically always read the instructions on your spinner and watch out for dodgy imitation brands that may have poor wiring in their chargers. Or just, ya know, stop spinning. Why must everything spin so much anyway?

Oh, and whatever you do, if your spinner is on fire, don't use it as a makeup applicator. That's just asking for trouble.