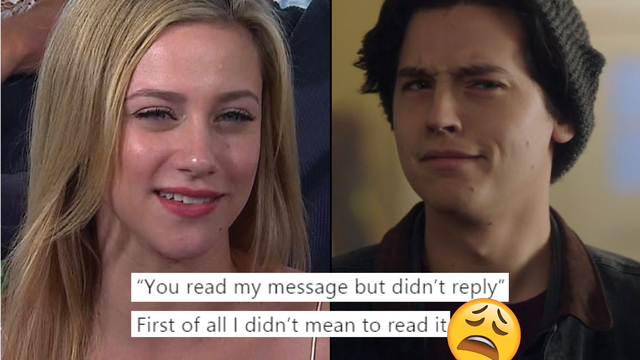 The "first of all" meme has landed on Twitter and the jokes are already completely out of pocket. Everyone knows those hilarious moments when someone assumes something and you have to set the record straight. Twitter turned that obscure feeling into a savage meme and we cannot handle it.

1) For anyone who has ever looked at their account balance and seen £3.76

"you never want to do anything"

"all that mAkeups doesn't look naturaL"

First of all, this is purple glitter eyeshadow. that's the point

"you were so drunk lol here's a video"

First of all.. i have no idea who that is

"Can't relate with your tweets"

First of all, my tweets are not your relatives pic.twitter.com/s4pFp9nW27

first of all, you got diabetes

6) First of all, who said I wanted to find someone like you?

First of all, that’s the plan

“What percent you on?”

First of all this my charger

“if your friends jumped off a cliff, would you too?”

first of all, i’d jump off a cliff without my friends

9) Second of all, try this other one.

"Your card has been declined"

First of all, you need to lower your voice

"i just dont understand why u dont like me"

first of all, i dont even understand why i dont like myself

"you're so cute when you act all shy "

first of all, i have anxiety

me: i’m breaking out again

skin care twitter: first of all, have you tried drinking water?

13) First of all, her nickname for you is Bigfoot.

first of all, she fake af. she dragged you when you left

first of all, it wasn't even saved.

“You read my message but didn’t reply”

First of all I didn’t mean to read it

First of all, this ain't an act.

17) First of all, you have the right to remain silent.

First of all, you're under arrest.