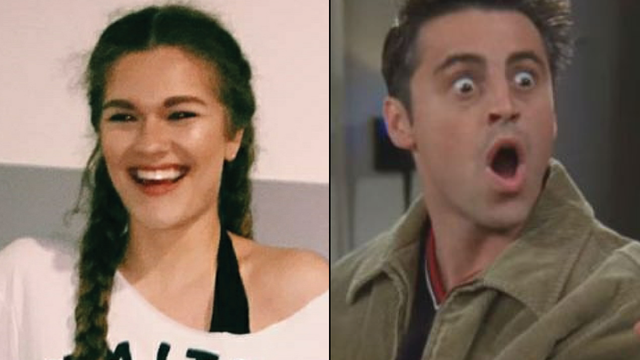 WHY didn't we think of this first?

If we've learned anything from this year's Halloween festivities, it's that the internet is getting scarily good at celebrating the holiday. We've seen some pretty innovative looks for the spookiest day of the year, but we might have found the one costume we wish we'd thought of first.

A Minnesota based student named Haleigh Connor went as the "scariest thing" she could think of. Commitment.

The joke will probably resonate with anyone who has ever had an annoying experience with a would-be partner who couldn't get their act together.

But it wasn't just the costume that had people quaking. It's the fact that Haleigh tagged her exes in the photo.

She posted the same image to Twitter with the caption "Happy Halloween to everyone except my exes" and received some mixed reviews on the look.

happy halloween to everyone except my exes!!!!!!! pic.twitter.com/v4xjhUO96l

"Imagine still being this bitter about ur exes lmfao," wrote one person.

Haleigh was clearly joking, so we're pretty sure it's not about "being bitter". Either way, lots of people enjoyed the costume and she has nearly 20k likes and 3k retweets on the post.

Speaking to Buzzfeed, Haleigh said that the negative comments about the costume didn't really bother her. "It’s not worth it for me to look at all the comments...these people don’t know me or know the joke so I’m not too bothered by it!"

Personally, I'm not sure how anyone could interpret this as anything but a hilarious joke. Exes are there to make fun of, otherwise, you pretty much tortured yourself for nothing. A+ look, sis.

All the best memes and moments from the 2020 Emmys

QUIZ: Which bisexual TV icon do you belong with?

QUIZ: Which Schitt's Creek character are you?