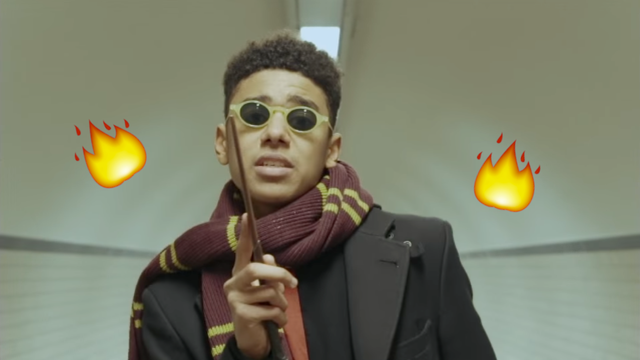 "I took your girl to the Secret Chamber"

You're listening to the iconic song ubiquitous with all things Harry Potter--"Hedwig's Theme". The song is like magic itself. It takes you back to the first Harry Potter film, before things got all....murdery.

All of a sudden, the trap beat comes in and you literally do not remember this part. If you haven't experienced Yung Mavu's take on the John Williams classic, then feast your ears on "Black Magic".

Get this. Yung Mavu is reportedly a freaking 16-year-old kid from Belgium and this is legit the only video on his YouTube channel. The first thing he put up on his channel has received over a million views (and counting). Let that sink in.

yung mavu get on fuckin spotify m8 i need u

No one seems to know that much about Yung Mavu but we're sure Buzzfeed will track him down soon enough, so we'll keep you posted.