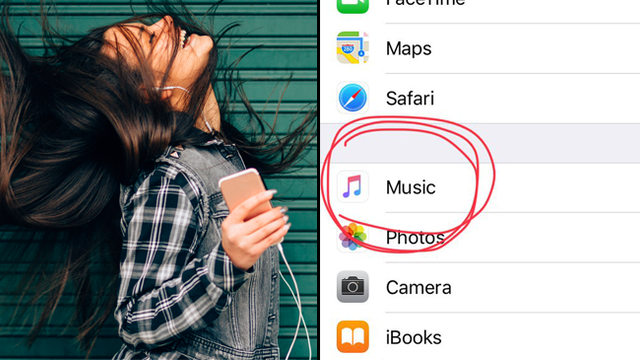 We've all tried those hacks where we've shoved our iPhones into cups and glasses to make them sound louder, manually turning the volume on every single song in your iTunes library up by 100%... There's even phone cases you can buy which ~apparently~ make the sound louder too. But we bet you didn't know about this secret volume hack that's been sitting on iPhone this ENTIRE time.

Thanks to Twitter user TheBaeMarcus, there's an easy way to make all music play louder. All you've got to do is head to the 'Music' section on your iPhone's settings, under the 'Playback' section select EQ and then click on 'Late Night'. Select and play a song before you hit the button and you'll hear the difference in volume.

To be honest, if you've ever owned a CD player or a stereo, you'll know ALL about equalisers and what not but for everyone else, it's kinda mind-blowing, right? There's other options in there that will make the vocals clearer and give you more bass etc... but if you wanna make your music louder, 'Late Night' is the one you want.

Ok, ok... it doesn't exactly turn your iPhone into an industrial speaker but for those nights when you're just chilling with your friends and need just a few more decibels on those bangers, it's the perfect hack.

Oh, and if you're using Spotify, you can change the equalisers on that too. Just head to 'Settings' in the App, then 'playback' and then 'Equaliser'... select the 'Dance' option and BOOM. You're welcome.