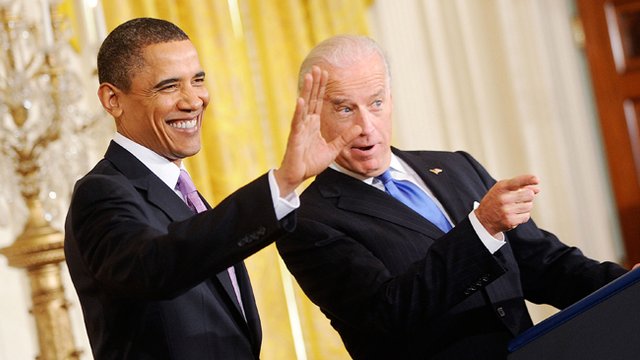 The greatest bromance of them all.

It was the bromance of the century and so it was only fitting that Vice President Joe Biden and President Barack Obama's friendship became 2016's best meme.

Their relationship was documented on social media with pictures of the pair together captioned with hilarious comments on the dynamics of their partnership, often poking fun at the soon-to-be President Trump.

Obama: Did you replace all the toiletries with travel size bottles?
Biden: He's got tiny hands Barack, I want him to feel welcome here pic.twitter.com/e7NRIZ43Ww

Now it's been revealed that Joe Biden has indeed seen all the memes and he even has a favourite.

In an interview with Moneyish, his daughter Ashley Biden revealed that the former VP "spent an hour laughing at the memes” just before leaving the White House (just imagine being a fly on the wall while that was happening).

Ashley said Joe's favourite memes was a photo where a Twitter user created a conversation between Biden and Obama, in which Biden says, "See? Doesn’t this feel right?" Obama jokes back, "Joe, I’m not leaving my wife for you." Biden then says, "You said we’d be together forev-" and Obama responds with, "8 years. I said 8 years." LOL!

Judging from this, we think Joe would be a fan of wholesome memes. Perhaps he should check these ones out.