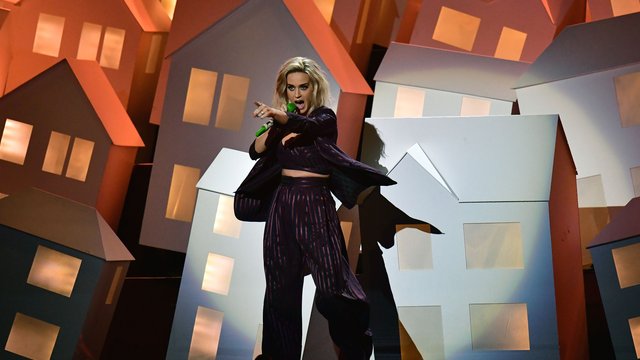 Her dance team was composed of dozens of people dressed as houses.

But one house stood out a little more than the others.

Well, "stood" is the wrong word. They fell off the stage mid-dance.

We should clarify that, although still unidentified, the dancer is reportedly doing okay post-fall.

It was instantly meme-worthy.

Imagine going through years of performance art and dance school, to become Katy perrys house that fell off the stage

Imagine as a dancer booking Katy Perry an then being told your a house... the endless hours of training to be a put in a box? Idk how I feel

And plenty of people are convinced Katy Perry's iconic Super Bowl dancer Left Shark was hiding inside the house.

Was left shark in that house? https://t.co/GyV6MkU1eD

Of course, there were also folks who compared it to Brexit.

And tired online journos everywhere had an existential crisis.

My grandson: "What did you report when Trump was president?"

Me: "Whether a house that fell off stage during a Katy Perry song was OK."

mood: the house that fell off during katy perry's performance #BRITs2017

You can always rely on Katy Perry for a good dancer-related meme.