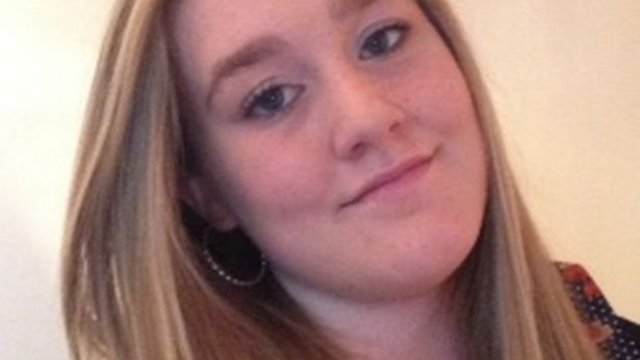 WARNING: Some may find this story and video distressing.

Kayleigh Haywood was 15 years old when she started receiving messages from a strange man on Facebook. Two weeks later, the teenager was dead.

The tragic story of Kayleigh Haywood was made into a short film and has now been released to the public by Leicestershire, UK police. Many are sharing the video online in the hopes that no other young girl will suffer the same heartbreaking fate.

In October 2015 Kayleigh began receiving Facebook messages from a 28-year-old man by the name of Luke Harlow. The two exchanged 2,643 messages over 13 days before he was able to lure her to his home to spend the night. Kayleigh never made it home as she was sexually assaulted and murdered by Harlow's neighbor.

Some may find the video below rather distressing.

People are highlighting the importance of watching and sharing the short film because of the incredible effect it's already having.

Before it was released to the general public, school-age children were shown "Kayleigh's Love Story", which prompted 35 students to report that they had been contacted under similar circumstances.

Police emphasize that the man who did this to Kayleigh sent her sweet, loving messages telling her "everything a teen girl" would want to hear. Kayleigh's story is tragic and we hope that sharing this award-winning short film will inspire teenagers to carefully consider their safety when talking with strangers online.