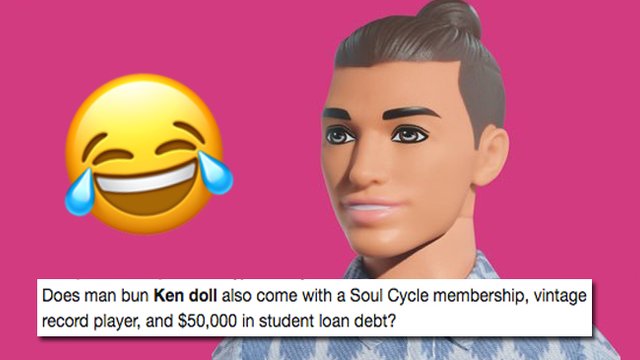 Barbie's boyfriend has a whole new look and, honestly, we ain't feeling it.

Ken, Barbie's trophy plastic boyfriend, is getting a 2017 glo-up.

The ever-popular child's toy will now be available in a wider variety of forms, in four ethnicities – Asian, African-American, Caucasian, and Latino – and in two new body sizes – broad and slim. The move has been met with largely positive reviews, the better racial representation being an obviously positive move.

But there's one particular brand of Ken 2.0 that has got the internet really talking: Man-Bun Ken. 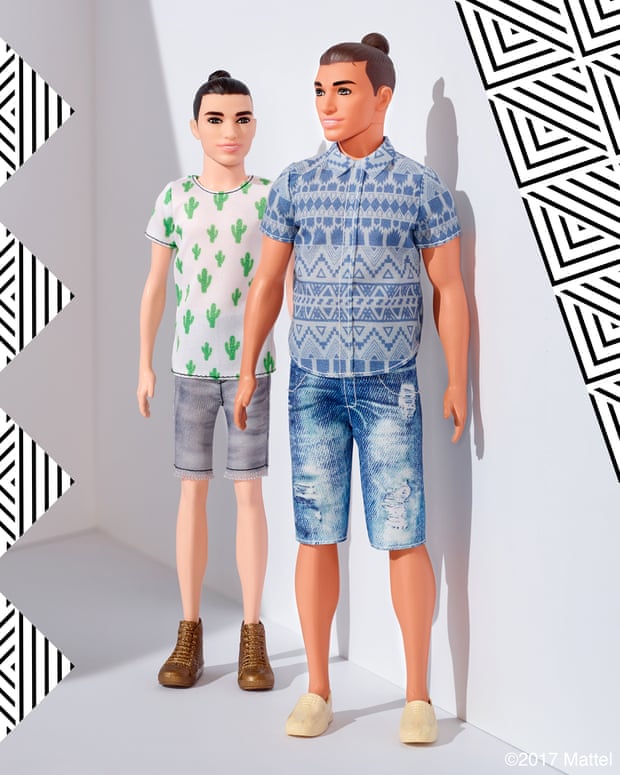 Yep, Ken is now available in so many variants that you can even get yourself a fuccboi version. But, hey, at least the entire internet is p*ssing itself laughing at this most ridiculous of outfits.

Here's just a handful of our fave reactions so far:

man-bun ken doll just replied to your "men are trash" tweet saying "not all men" pic.twitter.com/JJlyA5rlmO

The new "Man Bun" Ken doll comes with shirt, shoes, and keys to Barbie's car that he's driving until he "gets back on his feet again." pic.twitter.com/gYmXwR9WEc

This. Madness. Must. Stop.

Say what you will, at least people are talking about Ken again. Even if he does look like a f*cking Love Island contestant.

Are you guys feeling Ken's new look? Let us know over on Facebook.