The #KoKoBopChallenge Is Going Viral On Instagram And You'll Be Mesmerised 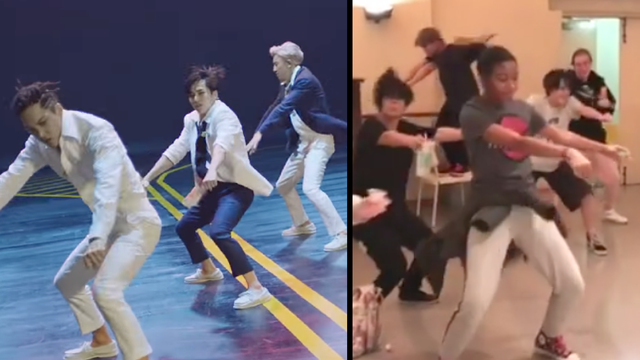 If you're a fan of K-Pop you'll know that nine times out of ten, music videos in the genre will have a strong dance element. Dance is a huge part of K-Pop aesthetics and you're bound to pick up some snazzy moves while watching.

When Sheryse Skinner, a student from Perth, Australia, watched EXO's "Ko Ko Bop", one particular dance move stuck with her.

Sheryse runs an Instagram account where she does the dance moves from different K-Pop videos. According to Buzzfeed, a conversation with her sister prompted Cheryse to post a challenge video recreating some pretty ticonic moves from the "Ko Ko Bop" video.

Sheryse Skinner has now gone viral as the creator of the #KoKoBopChallenge. The #KoKoBopChallenge involves a particular dance sequence in the music video where the boys move their arms in a half circle formation while rotating their hips (2:42 in the video). It's mesmerising, to say the least.

Although it started out as a bit of fun (Cheryse hadn't learned all the choreography yet, so she just uploaded one part that really tickled her), people all over the world seem to be obsessed with the #KokoBopChallenge.

There's no beating the original.

You can do the #KoKoBopChallenge by yourself.

Or you could do the #KoKoBopChallenge in a huge crowd.

You can even do the #KoKoBopChallenge if you're the former Vice President of the Philippines.

Who doesn't love a versatile dance craze? We are LIVING. Hopefully, all of EXO's future videos inspire dance crazes as cute as this one.